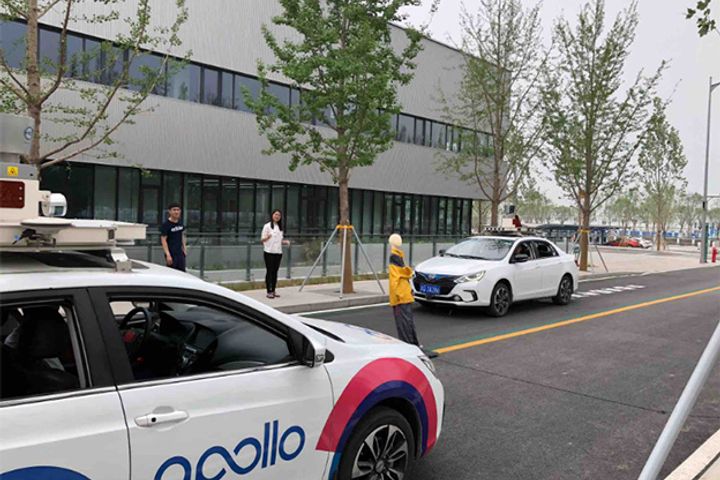 (Yicai Global) Oct. 30 -- Baidu has reached an agreement with local authorities to put up to 100 driverless taxis into trial operation in Changsha, the provincial capital of China's southern Hunan province, in what would be a first for the country.

The Beijing-based tech giant will commence trials in the Hunan Xiangjiang New Area district of the city, Beijing News reported, adding that there are also plans for Baidu to deploy a driverless minibus in enclosed areas of the city as well as at scenic spots.

The Changsha test site for Apollo's autonomous driving system will be the biggest nationally in terms of total street mileage. More than 10 organizations have performed over 130 tests in the test zone to date. Baidu will start with roadside equipment, sensing solutions, and cloud control platforms, while building a road network plan capable of vehicle-road coordination.

Baidu Apollo partners with some 130 ecological partners and has started road testing to some extent in Beijing, Changsha and Silicon Valley along with other places. The company will also cooperate with authorities in Xiong'an New Area, Changsha and other places to explore new approaches to intelligent transportation road coordination.