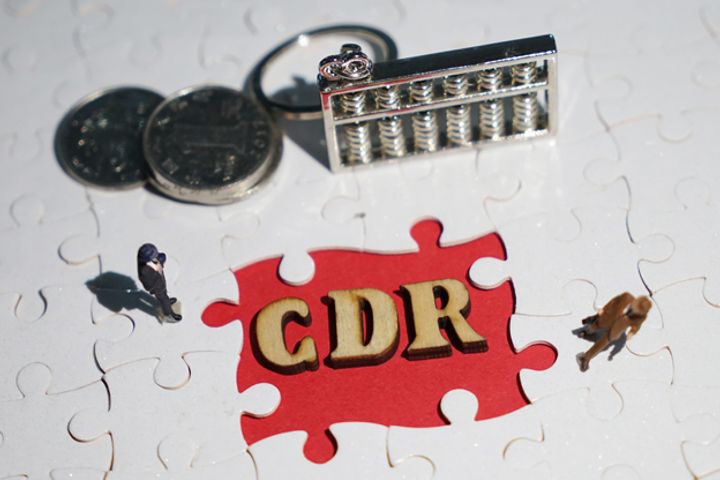 (Yicai Global) March 27-- Baidu Inc., one of China's biggest tech firms, has declined to comment on speculation that it will become one of the first companies to take part in the China Depository Receipts pilot scheme.

The Beijing-based company said it was not in a position to comment on the reports that first appeared on news site NetEase Technology yesterday.

The CDR pilot would allow companies listed on exchanges outside the Chinese mainland to entrust part of their shares to local custodian and depositary banks in China for the issue of receipts so that the shares can be listed on the country's so-called A-share market, with transactions settled in yuan.

China has been looking to make its capital market more appealing to new-economy companies since the start of this year. The China Securities Regulatory Commission made clear in January that it will reform listing rules to make them more inclusive and adaptive while offering more support to new technologies and business models. CDRs will be launched "very soon," CSRC Vice Chairman Yan Qingmin is reported to have said on March 16.

The first batch of CDR-pilot companies is likely to consist of two to four companies, Caixin previously reported. New York-listed Alibaba Group Holdings Ltd. and JD.Com Inc., its main Chinese rival in the online retail sector, are likely candidates for the scheme, which is expected to kick-off as early as June.