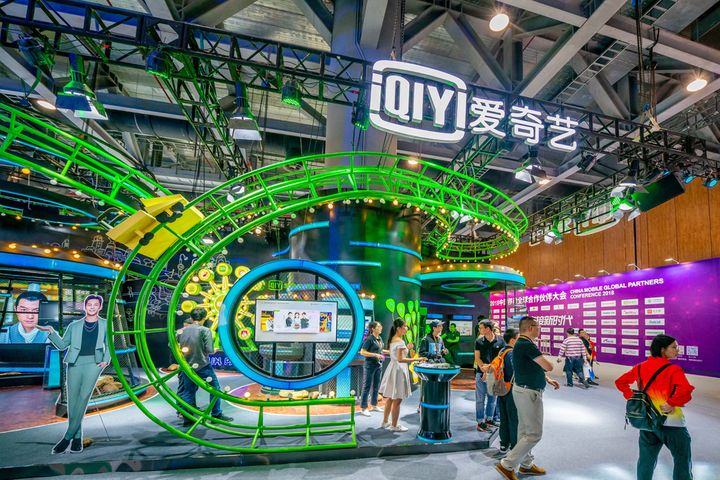 (Yicai Global) Feb. 22 -- Income at iQiyi increased by half last year thanks to surging paid subscriptions, though the Chinese streaming giant again failed to make a profit.

The Baidu-backed platform reported a 52 percent increase in business revenue to USD3.6 billion, according to the Beijing-based firm's first annual report since listing on the Nasdaq last year. Income earned from paid membership services grew nearly three-quarters to USD1.5 billion, making up 42 percent of total income.

The number of iQiyi's subscribers reached 87.4 million as of the end of last year, increasing 72 percent compared with 2017. Some 98.5 percent of these users have paid for premium services.

Operating costs remain high among Chinese streamers and the firm posted a net loss of USD1.2 billion for last year. The firm has failed to end a year in the black since its establishment in 2010.

The firm's investment in research and development increased 57 percent to USD290.1 million last year, as part of efforts to improve network infrastructure and develop integrated platforms, applications and communities.

The online video platform brought in USD1.4 billion through advertising last year, up 21 percent on a yearly basis, while revenue earned from content distribution nearly doubled to USD314.5 million. Other income more than doubled to USD418.2 million.

Its membership income for a single quarter surpassed that of advertisements for the first time in last year's third quarter and this trend continued in the fourth, indicating that the company is gradually changing the business model from relying on ads before.

The firm still focuses on the production of high-quality original contents and continues to promote technological innovations and cultivate ecosystems to fully realize the value of intellectual property-related content this year, said Gong Yu, iQiyi's founder and chief executive. "We expect to make iQiyi an entertainment company driven by technologies through further boosting the platform's capabilities."

Baidu set up iQiyi in 2010 and took it public in New York last March. Content on the platform covers movies, TV dramas, variety shows, animations among others.