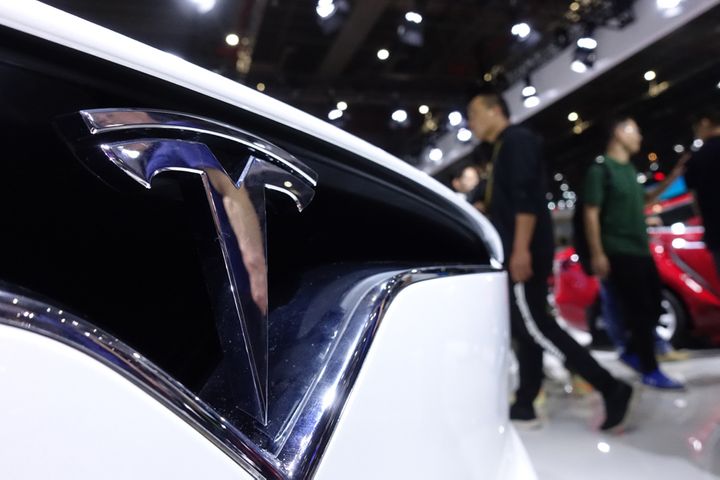 (Yicai Global) June 28 -- The fire that broke out inside a Tesla vehicle in Shanghai two months ago stemmed from the malfunction of an independent battery module in the front of the car, a preliminary investigation shows.

No defect in the vehicle's system came to light during this probe, the Palo Alto, California-based electric carmaker said in a statement today.

The Tesla Model S burst into fire in an underground parking lot in Shanghai on April 21, which also engulfed two cars parked near it, but no one was hurt. Flames appeared in the car about one minute after it started emitting smoke, security camera footage shows.

No systemic gremlin was detected after a huge number of in-depth checks targeting cells, software, manufacturing data and the car model's historical data, the US NEV maker noted on its official account on China's Twitter-like Weibo, adding its primary judgment is that this incident arose from the failure of a single battery module in the front of the vehicle.

The battery pack's security system controlled the blaze in the affected area and deflected the heat towards the outside of the passenger compartment and module per its design specifications after the first puff of smoke to preserve the cell's other parts. Any vehicle occupants would have had time to escape from within, the firm added.

These continuing conflagrations in the electric car sector have not gone unnoticed by Chinese regulators.

China's Ministry of Industry and Information Technology issued a notice on June 17 and ordered conduct of inspections to detect dangerous defects, which would mainly focus on NEVs that were already sold and those in stock.

Manufacturers will face stiff penalties if they conceal safety risks and fail to cooperate in incident investigations, the ministry also stressed.

Nio will recall over 4, 803 ES8 electric cars over compromised battery packs, the firm announced yesterday. It also pledged to compensate all users' property losses resulting from defects in the quality and safety of battery cells in accordance with law.