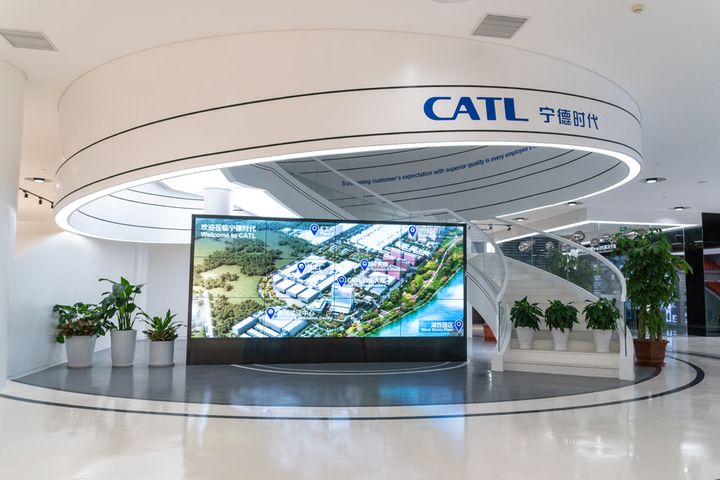 (Yicai Global) June 27 -- Contemporary Amperex Technology produced the batteries for the recalled defective models of new energy vehicle maker Nio and it will cooperate in the recall.

The Chinese power battery giant made this pledge in a statement today.

Ningde, Fujian province-based CATL found that the batteries may short-circuit under certain extreme conditions because of a structural problem with the battery pack, per the statement, Shanghai Securities News reported online. The battery module batch was customized and only installed in the 4,803 ES8 cars under recall that were made between April 2 and Oct. 19 last year, the company added.

Nio, the electric car startup seen as Tesla's main Chinese rival, issued the recall of its flagship sport utility vehicles and promised to compensate owners for all property losses due to the flawed batteries.

The company will recall models that have battery packs made between April 2 and Oct. 19 last year to eliminate potential safety hazards, according to the State Administration for Market Regulation's website. As of last month, the Shanghai-based company had delivered about 17,550 ES8s.

The model suffered three spontaneous combustions in the past two months, triggering widespread concern. An ES8 was being serviced in Xi'an, Shaanxi province, when it caught fire on April 22. One emitted smoke in a Shanghai underground garage on May 16, while another spontaneously ignited in Wuhan in central Hubei province on June 14.

The frequency of the incidents caught the attention of regulators. The Ministry of Industry and Information Technology ordered tougher safety inspections of new-energy vehicles and said it would punish automakers that fail to report safety hazards or fail to cooperate in accident investigations.

CATL's power battery system sold the most in 2017 and last year in the world, and also claimed over 40 percent of market share in China, industry data show.