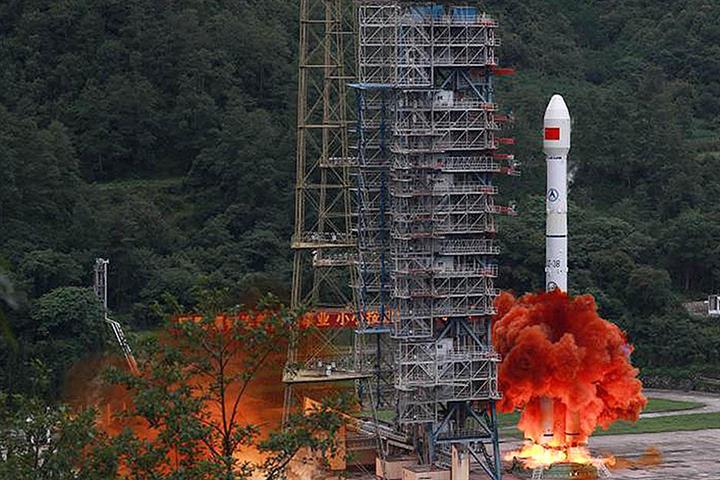 (Yicai Global) Aug. 13 -- On July 31, President Xi Jinping announced that China had completed the construction of the third phase of the Beidou Navigation Satellite System. This gives China a constellation of 56 operational positioning and navigational satellites. As the working lives of the second-generation satellites expire, the basic constellation will consist of 30 third-generation satellites, the last of which was launched on June 23.

These satellites are like outer space lighthouses. They send radio signals to the earth, which are encoded with the time at which the signal was sent and the satellite’s location. If the receivers in your car or cell phone can pick up the signals from four satellites, then they can accurately triangulate your position.

China began work on positioning and navigation satellites in 1994. It launched its first satellite in 2000 and began to provide services domestically. In 2007, more satellites were launched to expand the coverage to the Asia-Pacific region. This regional system has been fully operational since 2012. In November 2017, China began the third phase, which is designed to give the Beidou system global coverage. This involved the launch of 30 satellites and the building of 40 ground stations in the past two and a half years. With last month’s launch, the constellation was completed six months ahead of schedule, no mean feat given the challenges presented by the fight against Covid-19!

Global navigation satellite systems are not new. They were originally designed for military purposes, such as the precision guiding of weapons to targets. The US began the construction of its Global Positioning System (GPS) in 1978 and the Soviet Union followed with its Global Navigation Satellite System (GLONASS) in 1982. The European Union also has a global system (Galileo), while the satellites in India and Japan provide regional coverage.

Like lighthouses, global navigation satellite systems appear to be pretty close to perfect public goods. The signals they send are freely available to anyone with a receiver and the quality of the signal does not diminish even as the number of receivers greatly increases. Moreover, receivers do not compromise their security when they use satellite signals, since the communication is only one way.

Given the public good nature of the existing systems, why did China invest in one of its own?

There are essentially three reasons.

First, a country’s satellite constellation can be tailored to provide more precise positioning to its domestic or regional users. While the Beidou system has global coverage, its location services are more accurate in the Asia-Pacific region: 10 cm, compared with 30 cm for the US’s GPS.

Second, as the number of services that rely on satellites increase, the economic cost of a system failure rises. Satellites are used for positioning in a host of transportation services. However, since their signals are based on very precise clocks, they are also used to time financial transactions and to synchronize information across power grids. Global navigation satellite systems do fail from time to time. The worst instance was Galileo’s outage over July 10-17, 2019. Other systems have also experienced minor technical glitches. Thus, multiple satellite constellations make sense given the high cost of systemic failure.

Third, a country can block access to its satellite signals in times of conflict. Indeed, to ensure that its potential adversaries do not use GPS, the US military is dedicated to the development and deployment of “regional denial capabilities”. China has too much at stake – and will likely have much more at stake in the future – to risk being excluded from the US’s GPS system. Security concerns and the risks of being denied access to core technologies have also likely influenced China’s decision to ensure that its third generation satellites, including their 500 key components, were made domestically.

Unlike other countries’ global navigation satellite systems, Beidou offers a messaging capability that allows for two-way communication in areas that are beyond the reach of cell phones, for example sailors lost at sea. With the rollout of the third generation of satellites, Beidou’s short message communication service has been upgraded. It now allows for regional text messages of 14,000 bits (1,000 Chinese characters) and global messages of 560 bits (40 Chinese characters).

China’s development has long benefitted from the government’s timely provision of key infrastructure. In the past, this meant ensuring that there were sufficient power and transportation resources to avoid costly bottlenecks. Now, China has completed its first outer space infrastructure project. China's satellite navigation sector, currently employs over 500,000 workers to produce hardware such as chips, card boards, antennas and electronic maps, as well as a wide range of software products. Beidou’s global rollout is sure to support the production of high value-added satellite-related goods and services for years to come.