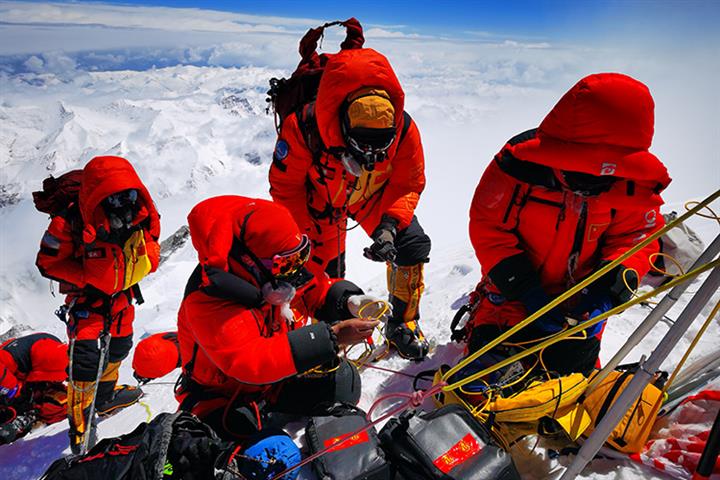 The height survey will be carried out using Beidou, the CASC said, citing team leader Li Guopeng from the Ministry of Natural Resources. Live three-dimensional technology will be used to show the natural resources within the massif.

China last measured the earth’s highest peak 15 years ago, putting it at 8,844.43 meters above sea-level, or four meters lower than Nepal’s count. The effort to regauge Everest began on April 30 and the team finally scaled the summit this morning.

"In 2005, measurements by global navigation satellite systems mainly relied on the US’ Global Positioning System,” Li said. This year, we will simultaneously refer to four GNSS, namely Beidou, GPS, Europe’s Galileo, and Russia’s GLONASS. The team will mainly rely on Beidou, he added.

Measurements taken at the peak still need to be processed and repeatedly verified before the final height can be calculated, Jiang Tao, an associate researcher at the Chinese Academy of Surveying and Mapping Science and a member of the survey team’s technological coordination group, told Beijing News.

China launched its first Beidou satellite in 2000 and has since turned the system into a high-precision service with worldwide coverage. It has 54 satellites in orbit to date. The last in the global Beidou system is scheduled for launch in June.