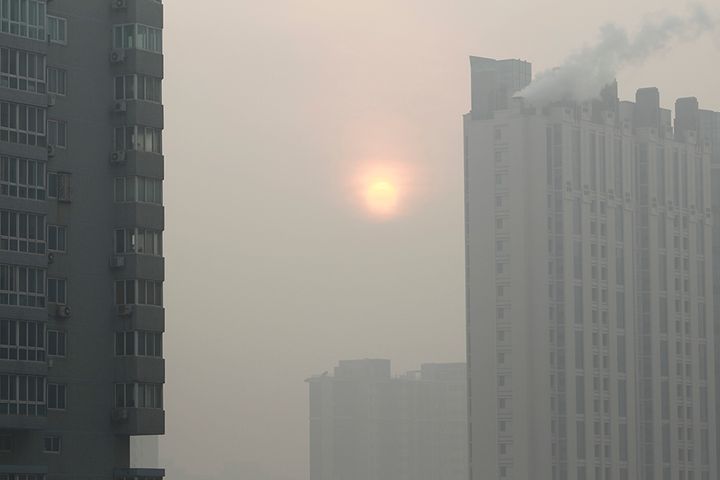 (Yicai Global) July 17 -- Beijing had the lowest concentrations of four major air pollutants for the period January to June since records began 35 years ago, showing that the city's continued efforts to improve air quality are paying off.

Air quality reached the required standard for 113 days, or 62.4 percent of the time, according to information released today by the Beijing Municipal Ecological Environment Bureau. Only three days were heavily polluted, five days less than the same period last year.

The city's PM2.5 concentrations were controlled between 38 and 50 micrograms per cubic meter in the first half of this year, indicating good air quality, the bureau's report said. PM2.5 refers to particulate matter that is 2.5 micrometers in diameter or smaller and is dangerous to human health.

Beijing set up an air monitoring system in 1984, which was upgraded before the 2008 Olympic Games. Since January 2012, readings have been made public on a daily basis.

The city is ahead of schedule in meeting additional pollution control targets introduced by the municipality in February. It has taken 25,000 obsolete heavy-duty diesel vehicles with substandard emissions off the roads, is promoting electric taxi use and new policies have been applied to over 30,000 green taxis this year. It has also closed 323 industrial manufacturing plants with high emission levels.

The report went on to say that the capital had an average PM2.5 concentration of 46mcg per cubic meter in the first six months, down 13.2 percent from a year earlier. PM10 fell 10.5 percent to 77mcg, sulfur dioxide plunged 28.6 percent to 5mcg and nitrogen dioxide was down 2.6 percent at 37mcg.