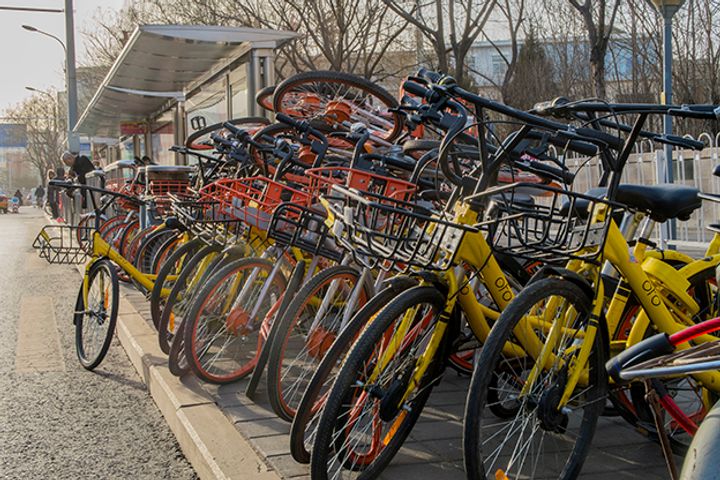 (Yicai Global) Jan. 29 -- The Beijing government has cut the total number of shared bikes in the city by 150,000 since imposing a ban on the supply of new bikes in September, and plans to further ratchet up sector regulation this year.

The Chinese capital had some 2.35 million shared cycles on its street before bringing in the ban, Zhou Zhengyu, head of the Beijing Municipal Commission of Transport, said in an interview with state-owned broadcaster CCTV on Jan. 27.

Bike sharing has flourished in China in recent years, and the number of bikes deployed onto city streets now far outstrips public demand and urban capacity. Misplaced and discarded bikes have worsened traffic and led to resource wastage. Several cities, including Beijing and Shenzhen, banned new cycles from hitting the roads in order to curb excessive expansion.

The city will set up parking facilities near subway stations and shopping centers, and require operators to better manage the shared bikes, Zhou added. It will also add digital 'fences,' which prevent them being parked in certain places, to handle bikes more effectively.

The Beijing transport commission said during a Jan. 11 press briefing that it was working on new legislation to keep bike sharing in check.