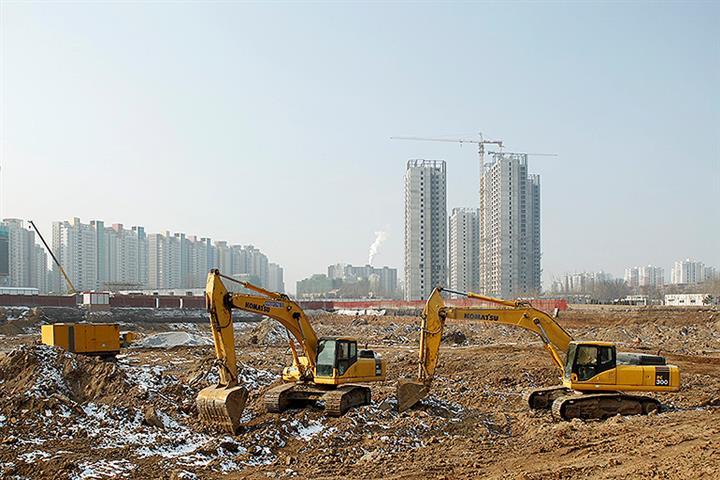 (Yicai Global) April 1 -- Beijing has become the second of China’s first-tier cities to use a new centralized land sale system, following Guangzhou a week ago.

Beijing auctioned 30 residential plots yesterday using the system, with the total amount bid reaching CNY103.5 billion (USD15.8 billion), according to a notice posted on the website of the city’s planning and natural resources authority.

Under the scheme introduced by the central government in February, 22 large cities will restrict land sales to three times a year and increase the number of plots on offer each time to curb real estate speculation. Previously, most sales were done in small batches and many times a year, giving financially robust developers the chance to drive up land prices, which in turn stoked higher property prices.

Guangzhou, the capital of southern Guangdong province, became the first first-tier city to use the new system on March 26 when it auctioned 48 plots and banked CNY90.1 billion.

According to yesterday’s notice, the area auctioned in Beijing totaled about 169 hectares. The planned construction area is about 3.45 million square meters, including 15 tracts in the city center. Beijing will hold two more land auctions in July and November.

In addition to Guangzhou and Beijing, major cities such as Hangzhou, Nanjing, Wuxi, and Tianjin, have also set out plans for centralized land sales this year.