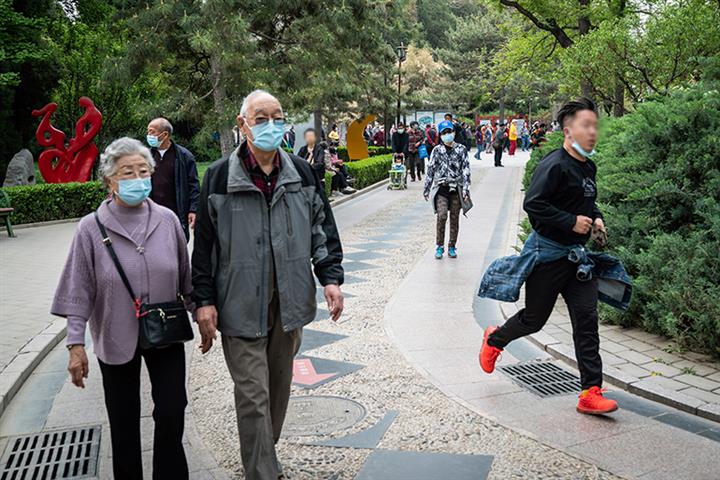 Beijing Births Fell to Lowest in a Decade Last Year

(Yicai Global) April 27 -- The number of babies born in Beijing dropped 24 percent last year from the year before to a 10-year low, prompting concerns as China approaches negative population growth, according to the latest statistics.

There were 100,368 newborns in the capital city last year, according to the Beijing Municipal Health Commission Information Center. The statistics only take into account permanent residents, or those with or without a Beijing ‘household registration or hukou’ who live in the city for longer than half a year.

There were 97,649 deaths in the city that year, the narrowest gap between births and deaths since 2007, it added.

Beijing’s birth rate had shrunk to 0.812 percent at the end of 2019, the lowest level since 2016, according to the Beijing Statistical Bulletin on National Economic and Social Development.

China’s fertility rate dropped to 1.49 last year, below the global warning line of 1.5, according to the National Bureau of Statistics. The birth rate has slumped for the past five years and in 2020 there were 10 million registered newborns. In 2019 there were 14.65 million births and a birth rate of 1.048.

The heavy economic burden, the irreversible effect on women's careers and the lack of time for themselves are making couples in the world’s most populous nation shy away from having children. The government is already looking at doing away with birth restrictions in the three northeastern provinces of Heilongjiang, Jilin and Liaoning in a pilot scheme aimed at boosting the country’s dwindling birth rate.

The country conducted its seventh national census in 2020, the results of which have yet to be released.