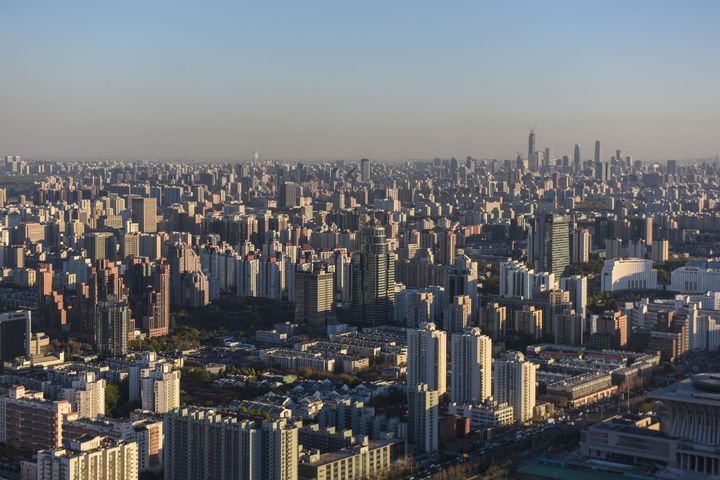 (Yicai Global) Nov. 27 -- The Chinese capital put 13 plots of land up for auction yesterday, with 12 of them selling for a total of CNY31.6 billion (USD4.6 billion) and setting a record number of parcels sold in a single day after local authorities relaxed bidding rules.

The plots were based in Beijing's urban districts and were all residential bar one, which was for mixed commercial and official use, state-backed Economic Information Daily reported. The parcels totaled 794,400 square meters with a combined starting price of CNY29.5 billion.

The Beijing Urban Planning, Land and Resources Administration eased buying rules before the auctions, allowing developers to use a single deposit to bid on multiple plots. They previously had to put down about 20 percent for each parcel bid on. Around 50 firms bid on the land, including Greentown China Holdings, R&F Properties and China Railway Real Estate Group -- which picked up one of the biggest plots.

The relaxed rules came after 11 land plots failed to sell in the capital this year. Real estate developers have been facing financial difficulties and struggling to raise capital to fend off creditors as authorities look to crack down on excessive leveraging, and most are not prepared to splurge on new land without funds coming in.

Analysts believe the administration hoped the change would attract more bidders and help it meet its annual supply target.

Two residential plots sold in Shanghai's Fengxian district for CNY2.5 billion yesterday, at almost the same time as the Beijing sales. Gongshu in Hangzhou also sold three plots for a total CNY5.2 billion, and Nanjing, Chengdu, Wuhan and Guangzhou have also ramped up auctions and successfully sold plots this month.