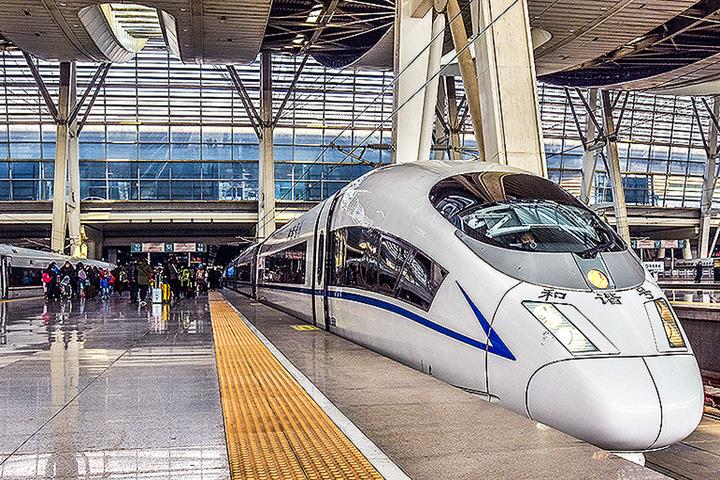 (Yicai Global) Oct. 23 -- To promote market-oriented ticket pricing, Beijing-Shanghai High Speed Railway announced today that it will change the current fixed fares to a floating fare mechanism, based on passenger flow, from December 23.

A ticket for a second-class seat on a bulletin train from Beijing South station to Shanghai Hongqiao station is fixed at CNY553 now, with first-class and business-class seats priced at CNY933 and CNY1,748, respectively. The new mechanism means the highest executive ticket price for the whole journey will be 8.1 percent higher than the current price, while the lowest executive fare will be 9.9 percent lower.

The Beijing-Shanghai high-speed rail, launched on June 30, 2011, is China’s busiest high-speed railway. Its operator landed on A-share market in January this year.

Passenger traffic on the line is gradually recovering but still at a lower level due to the novel coronavirus outbreak, Beijing-Shanghai High Speed Railway said in its semi-annual report published in August. Over the reporting period, the railway transported 9.6 million travelers, down 61.7 percent on the year, with operating income down 40.13 percent annually at CNY10 billion (USD1.5 billion) and the net profit attributable to the listed company’s shareholders slumping 90.06 percent to CNY530 million (USD79.5 million).

The company expects the railway transport industry to see an inflection point in demand release once the pandemic is effectively contained. The firm will then take advantage of the recovery of the rail industry to adopt enhanced means of operation and strictly control costs to minimize the adverse effects of the outbreak.