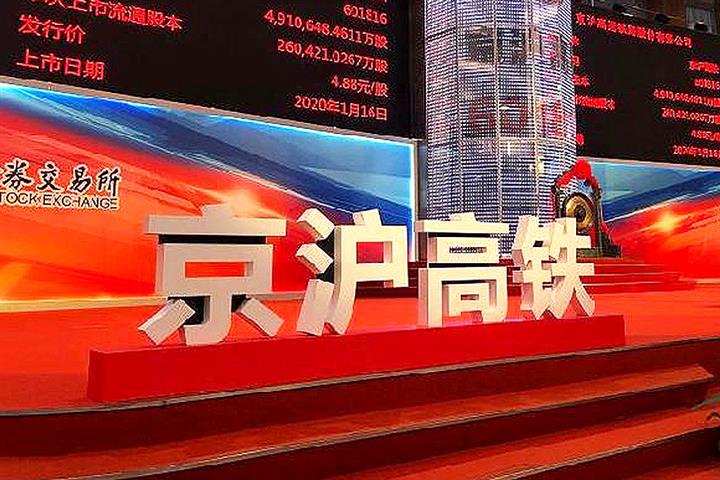 (Yicai Global) April 16 -- China's most profitable rail operator that runs a line between Beijing and Shanghai has expanded its gains steadily last year, according to its first annual report published as a listed company. But the Covid-19 pandemic may eat into its earnings this year.

Beijing-Shanghai High-Speed Railway made 16 percent more in net profit at CNY11.9 billion (USD1.7 billion) last year from a year before, the Beijing-based company said in its earnings report published yesterday. The firm's revenue climbed by 6 percent to CNY32.9 billion.

The company expects the Covid-19 epidemic to have a temporary impact on its operation this year while the level of impact will depend on the duration of nationwide prevention policies, it added. The outbreak has ruined many passengers' travel plans during the nation's top holiday season of Chinese New Year.

Founded in late 2007, the popular line makes the more than 1,300-kilometer journey between the two major cities in just 4.5 hours each day. Tickets cost about CNY553 (USD80).

The firm's earnings have been climbing steadily in the years before listing, according to public information. It made CNY31.2 billion in revenue in 2018 and CNY10.2 billion in net profit.