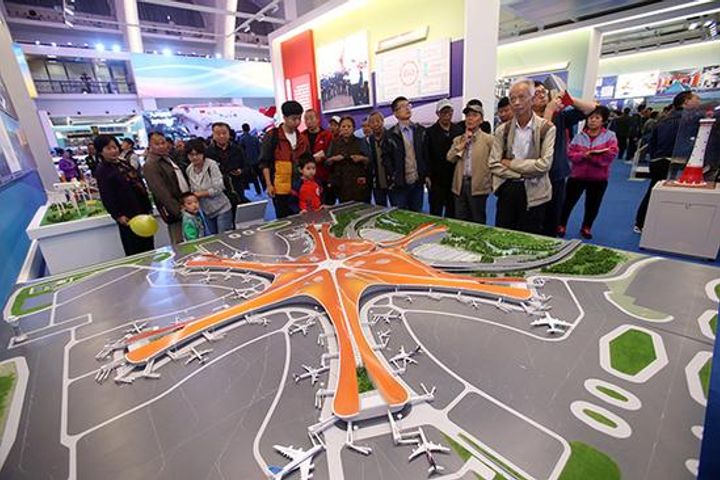 (Yicai Global) Oct. 13 -- As part of the transport network for Beijing's new international airport in Daxing District, the capital will extend the northern airport motorway east and west to allow faster access for travelers from nearby Tianjin municipality and Hebei province. Construction of the road is still ongoing.

The extensions, which are 41 meters wide and designed for vehicles to travel up to 120 kilometers an hour, will start construction late this year and be completed in June 2019, according to a plan laid out by the district government, state-owned broadcaster China National Radio reported online today.

The extended motorway will run through Daxing, benefitting local residents and those in neighboring regions, particularly Langfang, in Hebei province, which is only 22 kilometers from the new airport.

China's central government has designated Langfang as a priority development area. As local infrastructure facilities continue to improve, the city will attract more investors and high-end professionals. The airport will also inject fresh momentum into economic growth in the Beijing-Tianjin-Hebei region, stimulating business facility development and industry upgrade in the surrounding areas.

Construction of the new airport began last year, and is expected to finish in July 2019 before passing through 45 million passengers a year.