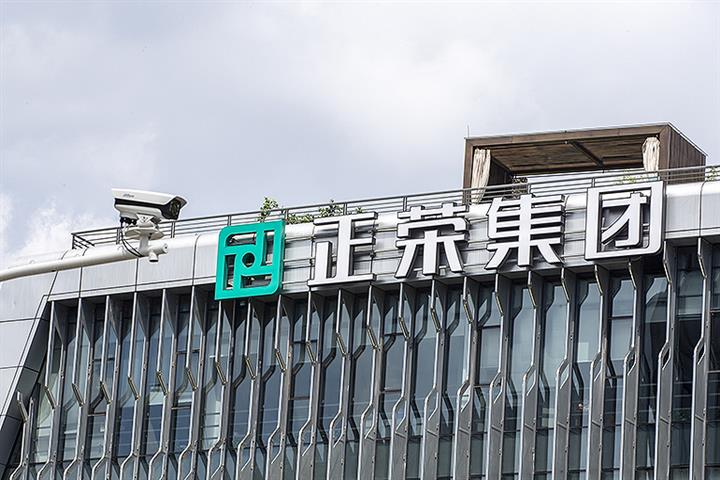 (Yicai Global) Aug. 5 -- Zhenro Properties Group is in danger of defaulting on the remainder of the principal and interest of a bond amounting to USD29.8 million that was due on Aug. 3, the Chinese real estate giant said yesterday. It is the latest in a string of debts that the firm has been unable to honor as property sales tank.

A 30-day grace period has been extended, but should Zhenro still be unable to pay, it will amount to a default, the southeast Fujian province-based firm said yesterday.

The company also has another payment of USD13.3 million due tomorrow when the grace period expires. It is in talks with creditors of the two notes to convert some of the existing bonds into new ones to alleviate the repayment pressure.

Zhenro is under immense strain as a recent string of Covid-19 outbreaks hammer sales and as financing remains tight. The firm’s sales slumped 70 percent in the first half from the same period last year to CNY21.3 billion (USD3.2 billion).

There are several other interest payments that have gone unpaid. It defaulted on offshore bond interest payments of USD13.7 million in June. And it also owes interest payments worth CNY57.5 million (USD8.5 million) and CNY83.2 million on two domestic bonds that were due in July. The firm has negotiated to repay both amounts in six regular installments until February next year.

The property market this year is still facing challenges, Zhenro said in February. The firm will remain prudent about short-term pressure on liquidity should the market not pick up and look for other fundraising options.