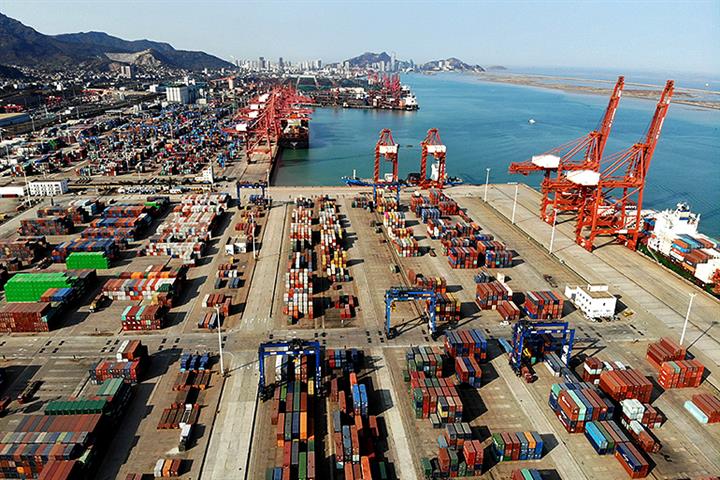 (Yicai Global) Sept. 7 -- China has steadily increased its trade with the partners of the Belt and Road Initiative, President Xi Jinping's signature investment project, over the past seven years.

China's trade in goods with the participating 138 countries reached USD1.9 trillion by last year, making up nearly 42 percent of the Asian country's total, according to a report released today by the Chinese Academy of International Trade and Economic Cooperation, an affiliate of the commerce ministry.

President Xi launched the multi-billion-dollar BRI in 2013 to increase connectivity between China and countries along the ancient Silk Road.

Inbound foreign investment has increased step by step. China has received over USD50 billion in investment from BRI countries over the past seven years while entities from these nations set up more than 22,000 foreign-invested enterprises in China.

Meanwhile, China has honed its focus on these amiable trading partners: mainly Singapore, Vietnam, Laos and Indonesia. From 2013 to 2019, Chinese entities invested over USD110 billion in BRI countries' non-financial sectors, with a compound annual growth rate of 4.4 percent.

International collaboration has increased. Global cooperation zones that are covered by the commerce ministry's statistics had attracted USD41.9 billion in investment by the end of 2019 since 2013. More than four-fifths of that was concentrated in the BRI nations. Those special areas paid over USD3 billion in taxes to their host countries and created 330,000 local jobs.

The BRI will continue to pursue high-quality development and uphold the principle of shared benefits to create space for economic growth, the report added.