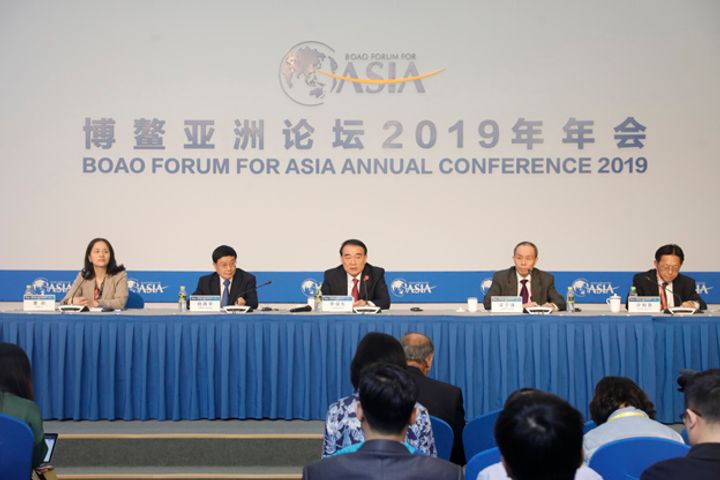 Belt and Road Has Sparked USD5 Trillion Worth of Trade With China, Boao Forum Shows

(Yicai Global) March 26 -- China's Belt and Road investment plan has facilitated over USD5 trillion worth of trade between China and the participating former Silk Road countries, according to Boao Forum for Asia's annual report.

Thanks to the past five years of B&R, foreign direct investment has exceeded USD60 billion, while creating more than 200,000 jobs in the regions, the Boao Forum for Asia Asian Competitiveness Annual Report 2019 that was published today shows. B&R is President Xi Jinping's investment plan with an aim to reinvent the might of the former Silk Road.

The initiative has deepened collaboration between governments and corporations, as well as the public, while becoming increasingly attractive, according to the report.

The document ranked Asian regions according to their competitiveness. The domestic growth of China's mainland ranked ninth for the sixth consecutive year. South Korea, China's province of Taiwan, Singapore and the special administrative region of Hong Kong are the top four on the list. Singapore and Hong Kong ranked lower than in 2017, while South Korea, Taiwan, and China's mainland climbed higher from that year.

Asia is expected to host the largest regional cooperation in the world as the area's economic prospects look promising, the report suggested.