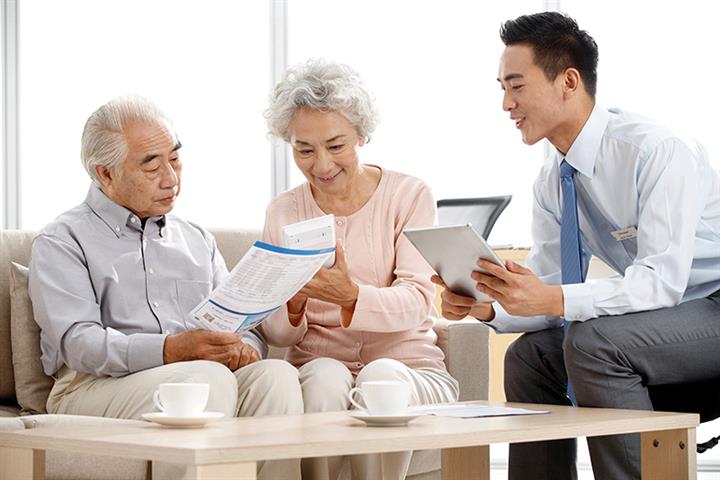 (Yicai Global) Sept. 9 -- Some 17 institutions, including wealth management arms of big Chinese lenders, have been given the green light to form the country's 10th and the largest pension insurance firm to support the aging society with more customized retirement plans.

The China Banking and Insurance Regulatory Commission approved the establishment of the National Endowment Insurance Co. yesterday. The new firm is expected to become an important part of the country's emerging three-pillar system that is increasingly focusing on personal savings.

The NEIC has CNY11.15 billion (USD1.8 billion) in registered capital, more than any of its nine peers. The preparations are predicted to be completed within a year.

China has a three-tier endowment insurance system. Lately, the focus has been on diversifying the two tiers of the overextended basic pension insurance and the corporate and occupational annuity system with a third option, the personal pension system.

The NEIC's shareholders are well-qualified and it has a great sum of registered capital, Wang Xiangnan, deputy director of an insurance research center under the Chinese Academy of Social Sciences, said to Yicai Global.

Ye Haisheng, head of the capital account management department at the State Administration of Foreign Exchange, will become the first chairman of the NEIC. Huang Tao, vice president of Bank of Shanghai, will be appointed president of the firm.

The new company will focus on endowment insurance, which can accelerate the growth of the third pillar of China's pension system, said Wang.

Products involving the third pillar should have an advantageous positioning due to a widening range of preferential policies regarding finance and taxation, which is expected to provide the participating wealth management institutions with great growth potential, the deputy director added.

The NEIC is expected to collaborate with life insurers and other pension insurance firms, but also compete with them in terms of long-term savings, according to Wang.

The role of personal contribution is increasingly emphasized. Guo Shuqing, chairman of the CBIRC, has repeatedly said that developing the third pillar of China’s endowment insurance system can effectively relieve the stress faced by the pension system and satisfy citizens’ diversified pension-related demands.