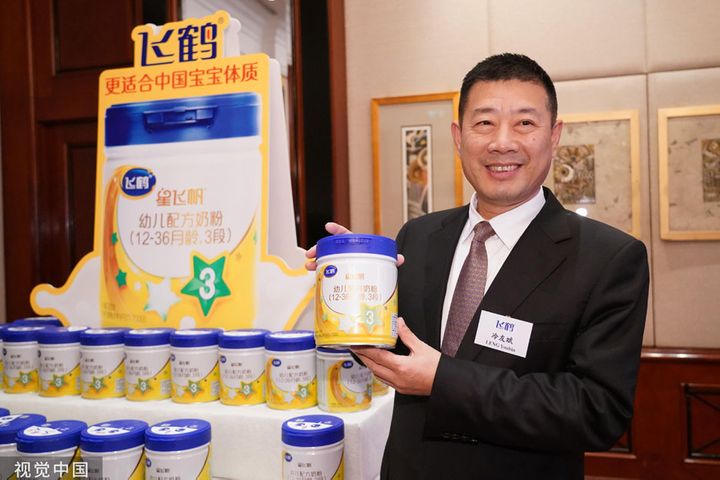 Its share price [HKG:6186] has slipped below and stayed under its initial public offering price since the opening bell, falling about 4 percent at one point to HKD7.44 (USD0.95), down 0.8 percent. It closed at HKD7.27.

Though the Beijing-based firm chose to price its shares at the bottom of its indicated range, this is not that low in view of the savage competition in the sector, China's declining birth rate, and the firm's 17 time price-to-earnings ratio, Shen Meng, executive director of Beijing-based investment bank Chanson & Co., told Yicai Global, adding the stock price's drop on its first trading day is thus scarcely surprising.

Feihe announced its Hong Kong IPO at HKD7.5 a share yesterday, which is at the bottom of an indicated range of HKD7.5 to HKD10. Projections hold it will raise HKD6.6 billion after deducting underwriting fees, commissions and other expenses.

Feihe claimed a 7.3 percent share of China's baby milk market last year, ranking it second. About 88.5 percent of its revenue comes from the powdered milk business, with the rest derived from other dairy products and nutritional supplements. Its income from infant formula mainly stems from ultra-high-end and high-end products.

The firm listed on Nasdaq in April 2005 but was taken private again by its actual controller Leng Youbin and New York-based investment bank Morgan Stanley for USD146 million in June 2013 since Feihe thought its stock was undervalued. Morgan Stanley is taking 18.6 percent of its shares in this round, equal to about 1.7 billion shares, or USD1.6 billion if calculated based on the IPO price of HKD7.5 per share.