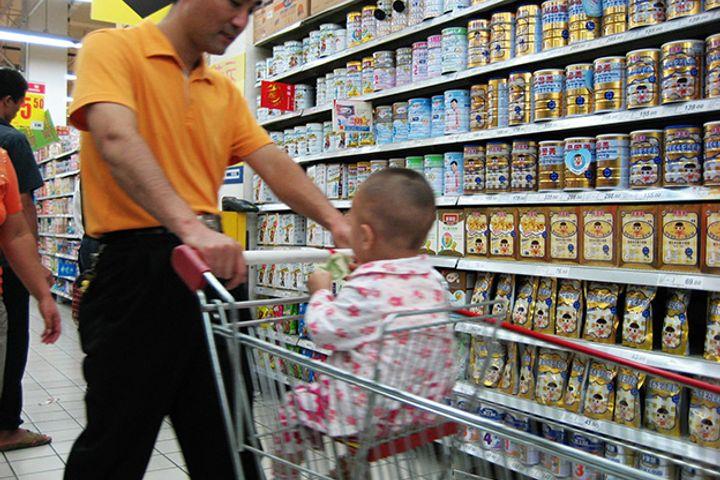 (Yicai Global) Oct. 5 -- Chinese baby milk producers have recovered from a contamination scandal that led to a crisis in trust in local infant nutrient products and Chinese brands are now outselling well-known foreign ones.

Chinese infant formula makers accounted for 53 percent of the China market in 2020, according to Euromonitor International data. This is almost back to the 60 percent share that they commanded before the 2008 incident.

After the contamination scandal, Chinese consumers turned their backs on local infant formula producers and turned to foreign brands such as the US’ Wyeth and Abbott instead. At one point there were thousands of small overseas milk formula brands selling on the Chinese market.

Imported baby milk accounted for 82 percent of our chain’s sales in 2017, with local brands accounting for the rest, Mi Hongfeng, general manager of Jilin Mishi Pregnancy and Infant Health Management, told Yicai Global. Infant formula made up 42 percent of its stores' turnover that year.

However, the situation has since changed. This year, three of the five most popular infant formula products in China were made locally, according to Nielsen data. China Feihe was the head of the pack with a market share of nearly 20 percent. The Beijing-based company’s revenue expanded more than six times last year from 2014 to CNY22.8 billion (USD3.2 billion).

Chinese dairy firms have been investing heavily in basic research. Many leading companies have set up a breast milk database and have worked out a formula suitable for Chinese babies, thus enabling them to seize back market share, said Jiang Shilong, chief scientist at China Feihe.

Greater efforts in research and development have helped narrow the gap with established formula giants in Europe and the US and this is one of the key factors behind the rebound of Chinese baby milk firms, Song Liang, an independent dairy industry analyst, told Yicai Global.

Better marketing and supply chain integration have also contributed to rebuilding trust among Chinese consumers and for Chinese products to become the brand of choice by a new generation of mothers.