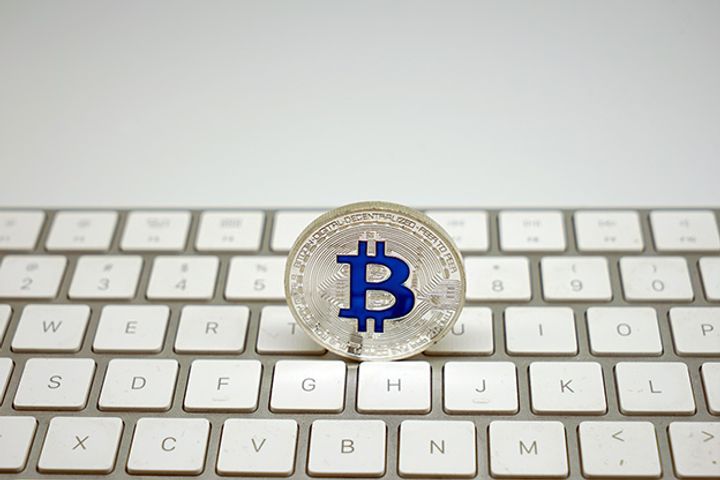 (Yicai Global) Dec. 25 -- Blockchain technology is in the midst of a transition and the field is undergoing tremendous changes, Ma Zhitao, vice president and chief information officer of Tencent Holdings-backed WeBank, said in a recent interview with Yicai Global.

The significance of blockchain is more than virtual currency and initial coin offerings, Ma also noted at the finals of the Financial Blockchain Shenzhen Consortium (better known as FISCO) Blockchain Application Contest (China) in Shenzhen.

China's first digital bank WeBank was initiated by Shenzhen-based Chinese tech titan Tencent, while FISCO is a nonprofit organization jointly established by over 20 financial institutions and financial information service firms, such as the Institute of Computing Technology of the Chinese Academy of Sciences, Tencent and communications mammoth Huawei Technologies. Ma Zhitao is the chairman of FISCO's Technical Committee.

Digital currencies and business applications are the two divisions within the blockchain sector, namely the so-called coin circle and the chain circle, Ma Zhitao told Yicai Global. Few private resources, including investment, flowed into applications, which went virtually overlooked in the heyday of coins, he added.

WeBank started its positioning in blockchain technology in 2015 shortly after its founding and was once "lured" by digital currency speculation, Ma told Yicai Global. "We spent much time doing research, including checking whether Bitcoin is sustainable, and concluded digital currency speculation was not the right path for us because risks are too high, especially for financial institutions like us," he said.

Digital currency speculation and initial coin offerings are unprecedented and attractive, and they were shocking and subversive when they first appeared, whereas applications have been ignored even as they slowly fell into place, Ma stated. "Achievements from excellent technologies throughout their evolution are more far-reaching than temporary bombshells," he added.

Finance businesses can benefit from the blockchain technology, Ma believes. "WeBank, for example, builds a shared ledger using blockchain to facilitate bookkeeping, clearing and settlement between banks," he said, adding, "Financial institutions have many accounting transactions between each other and shared ledgers allow them to keep accounts in real time and avoid delays, and collaborative efficiency can thus be greatly enhanced."

Cross-border transactions between banks and agreements requiring authentication between different agencies in a bank have been accomplished via blockchain this year, the expert added.

Blockchain technology has also successfully applied in other areas. WeBank teamed up with the Guangzhou Arbitration Commission in March to build a chain relying on blockchain technology and the commission took to issue its first arbitration award based on the arbitration chain in a mere seven days, which is much faster than the one month it took before and has saved both time and labor costs.

Ma Zhitao hopes to correct the market's misunderstanding of these two types. Public blockchains are not actually owned by the public, he said. "Public blockchains have never accomplished their mission of serving the public and are still a niche thing. We have a long way to go to achieve a digital society relying on public blockchains only," he advised.

"Public consortium blockchains serve the public, and both individuals and small and micro firms can access the services provided by the blockchains via an open network. They are operated by their members with a governance system, so they are not a network consisting of complete strangers. They also enable information and value exchanges and follow the idea of distributed business," Ma said.

Distributed business is an important model for the future economy and each party participates in it peer to peer and achieves intelligent collaboration and value integration via the blockchain technology, Ma thinks, adding it is a completely transparent model and cross-border business consortiums are likely to form as a result.