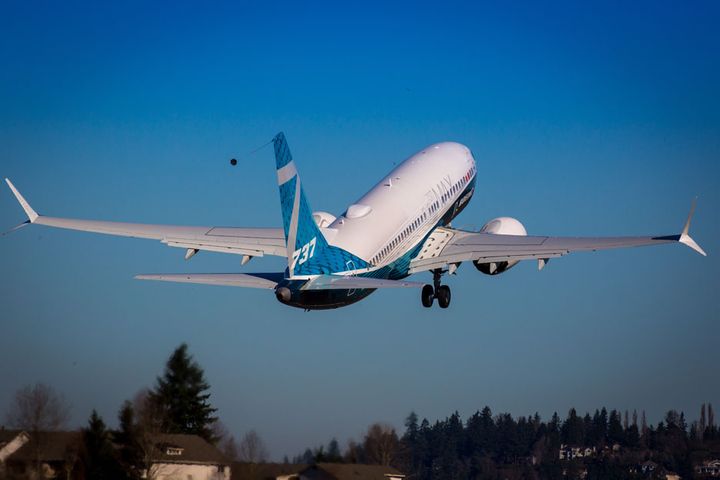 (Yicai Global) May 6 -- China's Shanghai Airlines will start to fly 11 Boeing 737 Max planes from Shanghai to the northern cities of Lanzhou and Taiyuan from today to spare them the upcoming rainy season to avoid corrosion.

As per the requirements for planes' airworthiness and maintenance, the company decided to fly the 11 airplanes to the airports in Lanzhou, the capital of Gansu province and Taiyuan, Shanxi's capital, both of which have lower temperatures and a drier climate, for sealed storage after conducting comprehensive safety evaluation of the aircraft and systematic special training of crew members.

Shanghai's rainy season, which is about to roll around with its high temperature and possible typhoons, may negatively affect the planes' long-term parking and security, per an official statement by Shanghai Airlines today.

The number of 737 Max planes stationed at Guangzhou Baiyun International Airport is the largest at 15, and more than the ranks of those in Paine Field where the 'base' of Boeing is located.

The influence of the grounding of the Boeing 737 Max on airlines and markets is still not apparent as now is the traditional off-season, a recent research report by Fujian province-based Industrial Securities notes, adding the 737 Max's transport share will be very large in the next two years, but it will clearly be still restricted if issues still cannot be solved before the onset of the peak season after June.