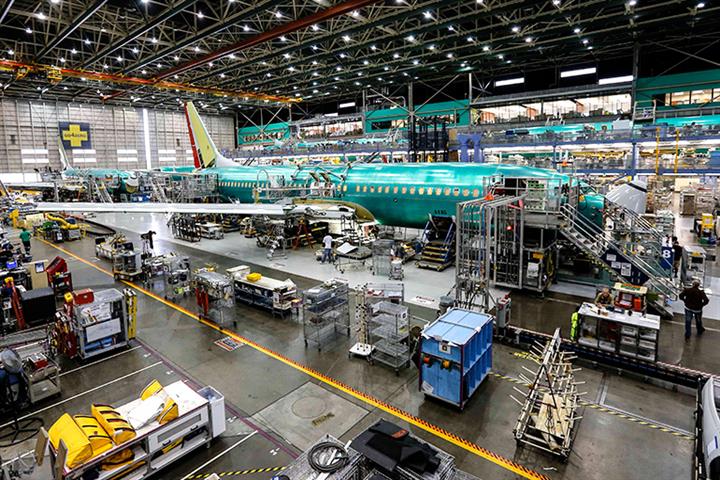 (Yicai Global) Sept. 21 -- US aerospace giant The Boeing Company will build new freighter conversion facilities in both China and Singapore as the grounding of passenger aircraft due to Covid-19 travel restrictions has led to a shortfall of belly space and growing demand for dedicated cargo planes.

The two new orders are for 737-800 Boeing Converted Freighters which are built using the airframe of the Next-Generation 737 passenger aircraft. They are mainly used to transport cargo on short-haul air routes. Each such BCF has a payload capacity of 23.9 tons and can fly up to 3,750 kilometers.

The Singapore facility will be used to convert 767-300 wide-body freighters with a payload of 56.5 tons and which can fly as far as 6,190 kilometers. It is expected to be put into operation later this year.

The cargo aircraft conversion program, which turns old or dormant passenger aircraft into active freight planes, can double the service life of aircraft and provide clients and investors with an economical way to replace inefficient planes, said Ihssane Mounir, senior vice president of commercial sales and marketing at Boeing.

Boeing has a 90 percent hold on the world's freight plane market. The firm expects it will need 2,820 such planes over the next 20 years to meet global demand, including 1,220 standard-fuselage passenger-to-cargo aircraft.