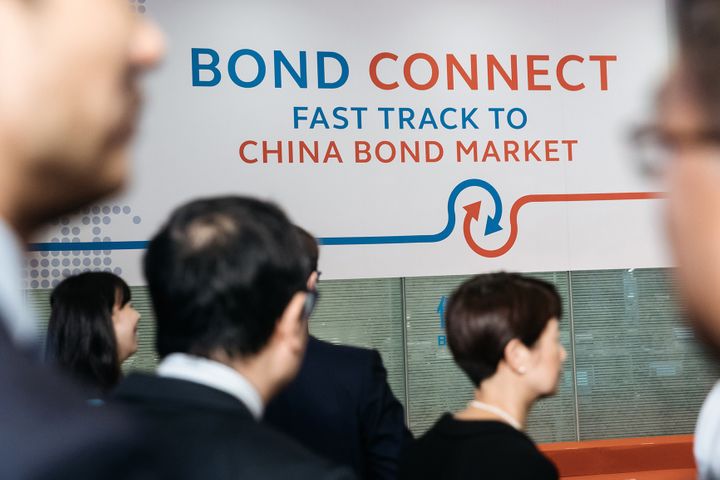 The first batch of qualified foreign investors had 86 members, mainly large financial institutions, securities companies, funds and the like, Lai said. More foreigners are expected to partake in trading, with a variety of investors using a mix of tools to trade, said Lai.

Based on the first day's summary trading data, government bonds contributed more than a half of trading volume. Policy financial bonds contributed about 20 percent of volume. Government-backed institutional bonds, including railway bonds and local bonds, took a share of more than 10 percent; negotiable certificate of deposits represented about 10 percent; and medium-term notes, short-term financing bills and other credit debts accounted for less than 1 percent.

Chinese bonds generally offer higher yields than bonds in Europe and the United States, so the Bond Connect can be a good way for international investors to enhance income and diversify their investments, he said.

Although Kevin Sheekey, global executive vice president at Bloomberg, is a senior executive, like most of America's middle class, his pension portfolio does not include anything from China. He is very excited about the Bond Connect.

"Currently, my pension does not include anything from China, but I believe that 10 to 15 percent of my pension will come from China in the near future, and I'm very excited about that," Sheekey told Yicai Global.

Bloomberg communicated with many international investors, he said. "Nearly all investors are aware of China's economic growth and hope to benefit from it," he said.

Northbound trial operations began yesterday in accordance with arrangements made by the People's Bank of China and the Hong Kong Monetary Authority. No timetable has been set for the introduction of Southbound trading.