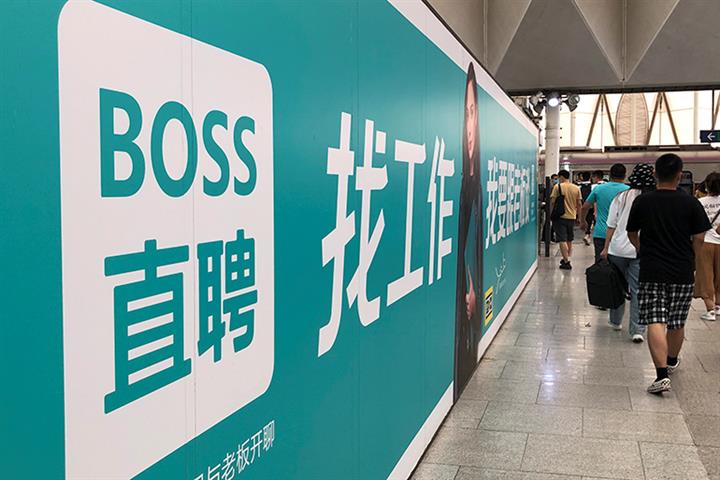 Chief Financial Officer Phil Yu said in a statement that the financial results showed the “type of healthy and robust margin-profile that we believe our core online recruitment business can achieve as our business matures.”

Revenue from online recruitment services doubled to CNY1.2 billion in the period, mainly due to rapid growth in its paid enterprise customer numbers, whose ranks also doubled to 4 million in the 12 months through September.

“In the third quarter, we focused on improving our service for existing users and enhancing our core competencies, continually investing in both platform and data security enhancements,” founding Chairman Jonathan Zhao said. “We believe this is a key factor in driving the sustainable growth of our business and creating long-term value.”

For the current quarter, China’s largest online recruitment platform by monthly active users expects revenue of between CNY1.02 billion and CNY1.05 billion, representing an annual gain of just over 58 percent to almost 63 percent.

Income from other services in the third quarter, which mainly comprised paid value-added services offered to job seekers, was CNY14.6 million, a 217 percent increase, as the company’s user base continued to swell overall. Average MAUs jumped 28.6 percent to 28.8 million.