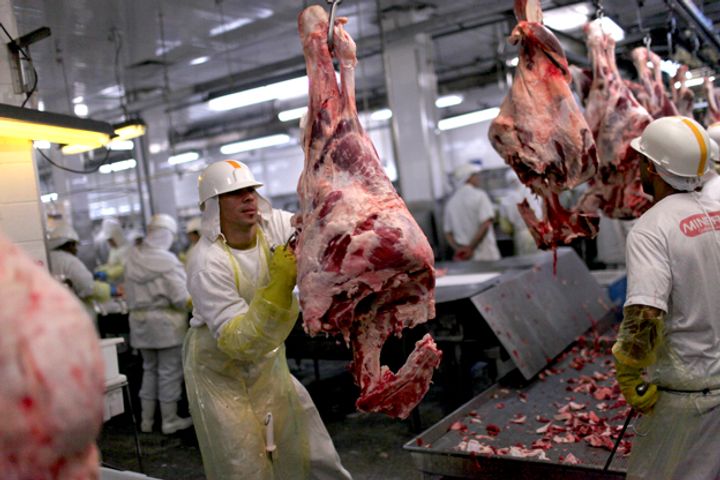 (Yicai Global) Nov. 28 -- Brazil's biggest exporter  of live cattle has agreed deals with Alibaba and five other Chinese  firms for the supply of frozen beef to the country over five years.

Athena Foods has signed memoranda of understanding  with the companies, according to a statement from parent company Sao  Paulo-based Minerva, which didn't name the other parties.

The deal, agreed at the recent China International  Import Expo in Shanghai, will bring the company around USD600 million in  annual export income, Reuters reported Iain Mars, chief executive at  Athena as saying.

China has an unlimited demand for South American  beef, Mars told investors and analysts, adding that the deal with  Alibaba is worth nearly USD100 million a year while the other five are  in a similar range.

The country's beef imports are increasing every  year with the 738,000 tons brought in during the first three quarters  this year already eclipsing the 700,000 tons imported for all of 2017,  customs data shows.

There is a great price disparity between China and  Brazil. Beef goes for CNY16 to CNY18 (USD2.3 to USD2.6) per kilogram in  Brazil and CNY50 to CNY60 in China. The cost of imported beef after  custom clearances is CNY30 to CNY32 per kg which is almost the half  domestic prices.