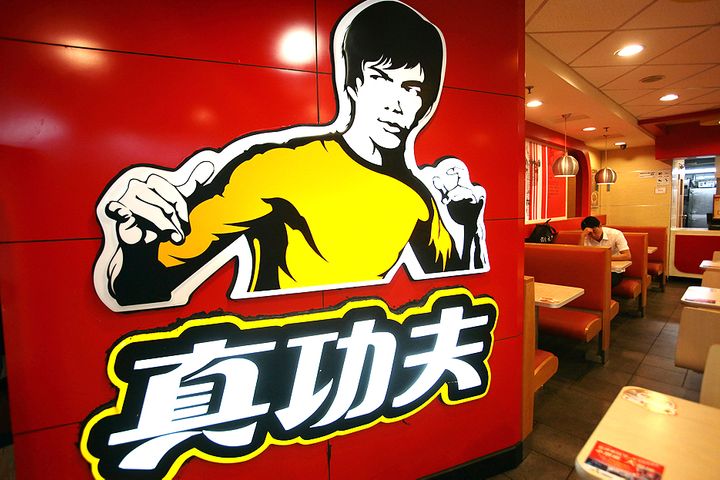 The American-Chinese actor's daughter Shannon Lee is the legal representative of the plaintiff, which demanded Kungfu Catering Management immediately cease using her father's image, make clear it has no connection with the 1960s and 70s film icon on media for 90 consecutive days, and compensate the plaintiff for CNY210 million (USD30 million) in monetary losses as well as CNY88,000 (USD12,594) defrayed as reasonable costs to protect its rights.

Founded in 1990, the Chinese fast-food chain has used a logo resembling Lee in his characteristic sparring pose and bearing the caption 'Zhen Gongfu' (Real Kungfu) as its trademark since 2004.

The Guangzhou-based company has its own supply chain, online-to-offline takeaway and investment platforms, with a total asset value of more than CNY5 billion (USD715 million), in addition to over 600 chain stores nationwide, its founder Pan Yuhai said at a forum in April.

The Los Angeles-based plaintiff firm recently lost a lawsuit against a UK theater company over the use of the actor's name in a production.

Lee Jun Fan, affectionately known as 'Little Dragon Lee' in Chinese, was born in the Chinese Hospital in San Francisco in 1940. He died tragically of a cerebral edema -- swelling of the brain -- in Hong Kong in 1973 soon after wrapping up filming of the box office hit 'Enter the Dragon.' His other films include 'Fists of Fury,' 'The Game of Death' and 'Way of the Dragon.'