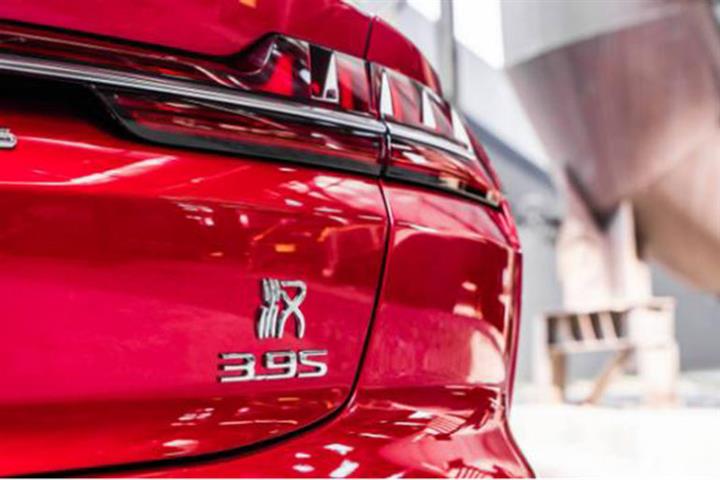 (Yicai Global) June 5 -- Chinese automaker BYD will use Huawei Technologies’ fifth-generation wireless network technology in its new vehicle models to be introduced at the end of this month, making it the world’s first mass-produced car to use the 5G technology.

The 5G system will not only provide passengers with an extremely fast audio-visual entertainment experience but also enable the DiPilot intelligent driving assistance system, the Shenzhen-based company said in a statement posted on its official WeChat account yesterday.

BYD signed a comprehensive agreement with Huawei in March last year to work in a number of areas, including automotive intelligent networking, intelligent driving, and smart parks. BYD’s DiLink and Huawei Wallet introduced a near-field communications car key for mobile phones in December, which was first used in BYD’s Song Pro models.

On May 9, Huawei said it had joined 18 carmakers, including BYD, to launch a 5G auto ecosystem to accelerate the commercialization of 5G technology in the industry. At the Huawei Global Analyst Summit on May 21, Huawei released a white paper on autonomous driving network solutions that sets out the future network’s architecture, operation and maintenance structure and key technologies.