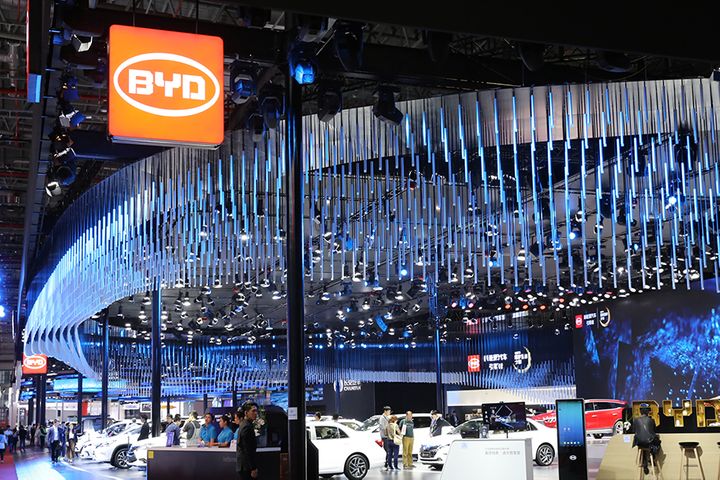 BYD's Net Profit Jumped Over Threefold in First Half on Cars, Handsets

Most of these gains stemmed from its new energy vehicle and smartphone parts businesses.

The Shenzhen-based company's growth rate has slowed amid the auto market's overall downturn and NEV subsidy cuts, however. Its net profit for the first three quarters is projected at between CNY15.55 to CNY17.55 billion in a 1.83 percent to 14.93 percent rise.

Its auto business contributed revenue of CNY33.98 billion, up 16.3 percent per year, official data show. BYD sold 228,100 vehicles in the first half, up 1.6 on the year, of which 145,700 units were NEVs, up 94.5 percent annually, outpacing the NEV market's growth rate of almost 50 percent. The firm's market share rose from last year's one-fifth to nearly one-quarter this year.