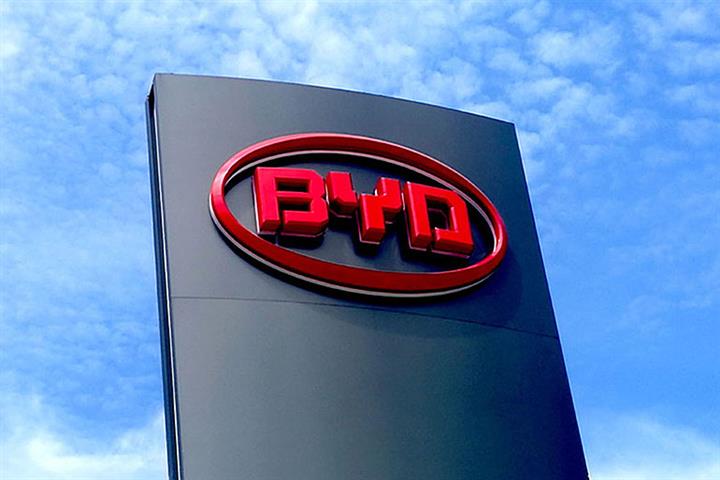 (Yicai Global) Oct. 29 -- BYD logged a 27.5 percent plunge in net profit in the third quarter from the same period last year, despite achieving its best-ever quarterly revenue, as the surging cost of raw materials and the global semiconductor shortage chip away at the Chinese auto giant’s profit margin.

BYD earned CNY1.3 billion (USD203 million) in profit in the three months ended Sept. 30, according to its latest earnings report released yesterday. Its gross margin has fallen for the fourth straight quarter to 13.33 percent, down 40 percentage points from a year before, it said.

The continued chip shortage and recent hike in electricity tariffs will only increase carmakers' costs more, the China Association of Automobile Manufacturers said in a report.

Shenzhen-based BYD is reportedly planning to hike the price of its electric car batteries by 20 percent due to increased production costs.

But investors remain bullish. Huaan Securities gave BYD a 'Buy' rating and said it expects 2021 net profit to rise 11.4 percent year on year to CNY4.7 billion (USD734.8 million). And China International Capital pointed out how well BYD’s NEV model Han is selling, the imminent launch of its highly anticipated hatchback series Dolphin and the steady growth of its battery business.