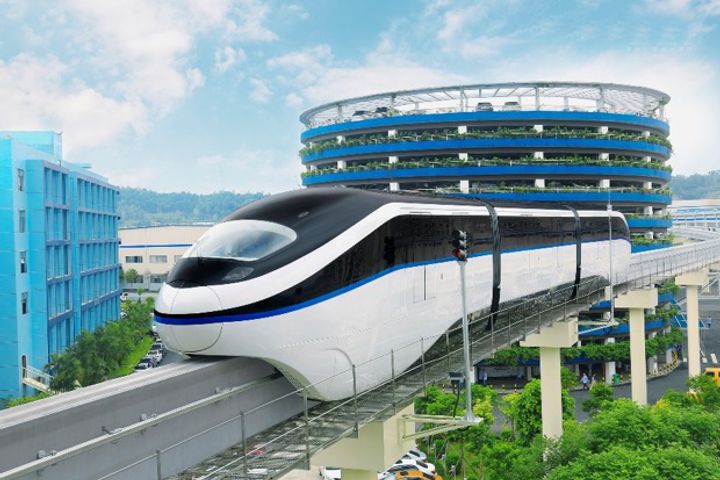 (Yicai Global) Oct. 23 -- Chinese carmaker BYD Co. [SHE:002594; HK:1211] will build Africa's first straddle-beam monorail (SBM), or 'cloud rail,' and its length is expected to be 128 kilometers, Mydrivers.com reported, citing a partnership agreement between the firm and the government of Alexandria, Egypt's largest port city.

Egypt occupies a central location along the Belt and Road, and BYD has chosen it as the second overseas market for its cloud rail technology after the Philippines. Alexandria is a historic city and a popular tourist destination. Its public transport network is underdeveloped and lacks subway or mass rail transit services. The local government has been looking for rail transit solutions since 2013 and decided to go for the SBM technology a few months after holding its first negotiations with BYD in April.

"BYD started localized production in Egypt 13 years ago and has established itself as a popular brand among local consumers," said Huang Zhixue, BYD's auto sales general manager for the Middle East and Africa. "About a third of taxis in the country are produced by BYD, so excellent brand awareness, reliable product quality and local production experience also contributed to the successful conclusion of the cooperation deal."

Cloud rails are low-capacity transit systems that can reduce construction cost and time by 80 percent and 35 percent, respectively, relative to metro lines. They are suitable for a broad range of terrain, and operate along exclusive rights-of-way without creating much noise. SBMs offer passengers scenic views and operate at up to 80 kilometers an hour, making them well-suited to be feeder lines in first- and second-tier cities or main transit lines in third- and fourth-tier ones, or sightseeing lines in tourist areas.

The cloud rail system debuted last October and has attracted local governments in more than 100 cities. BYD has entered into partnerships with Yinchuan, Guilin, Shantou, Guangan and Bengfu. The number of cities with BYD cloud rails will reach 20 next year.