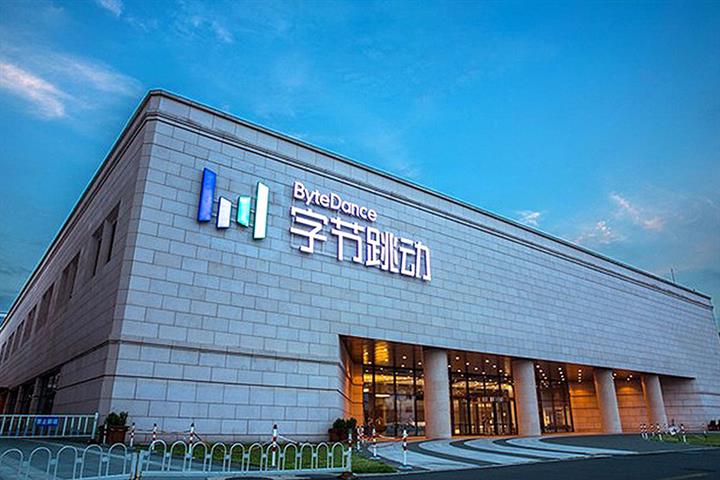 (Yicai Global) Nov. 19 -- ByteDance has made another significant move into e-commerce with the launch of a small loan service on its short video platform Douyin, the Chinese version of TikTok, as the tech giant seeks to leverage the online traffic passing through its sites.

‘Fangxinhua,’ which provides loan, repayment and refund services, is embedded in the Douyin platform and runs on the principle that customers spend first and repay later. It is an independent credit payment product operated by licensed institutions, the executive in charge of Fangxinhua told Yicai Global.

This seals Douyin’s entry into e-commerce, said Wang Pengbo, a senior financial analyst at Beijing-based thinktank Analysys. The ultimate aim will be to monetize the video-streaming site’s online traffic, he added.

This small loan product is not designed to be profit-making, but to unleash the purchasing potential of ByteDance’s e-commerce business, said Tian Jie, another financial analyst at Analysys.

Notably, the livestreamer, which has been running online shops called Doudian since 2018, cut links with external e-retailers last month.

A newly-emerging e-commerce platform should have these services, Tian said. All China’s mainstream e-retailers, including Alibaba Group Holding, JD.com and Meituan, boast their own credit services.

Beijing-based ByteDance set up an internal e-commerce business department in June, indicating that it is serious about leveraging the traffic passing through its main platforms Douyin, news aggregator Jinri Toutiao and ‘mid-length’ video streaming site Xigua Video. In July it obtained an online microfinance license through the acquisition of Shenzhen Zhongrong Microfinance and in September it won a much sought-after mobile payments license through the purchase of Wuhan Hezhong Yibao Technology.

The gross merchandise volume of ByteDance’s e-commerce business was under CNY100 billion (USD15.2 billion) as of the end of the third quarter. The company had said it is aiming for GMV of CNY200 billion this year.