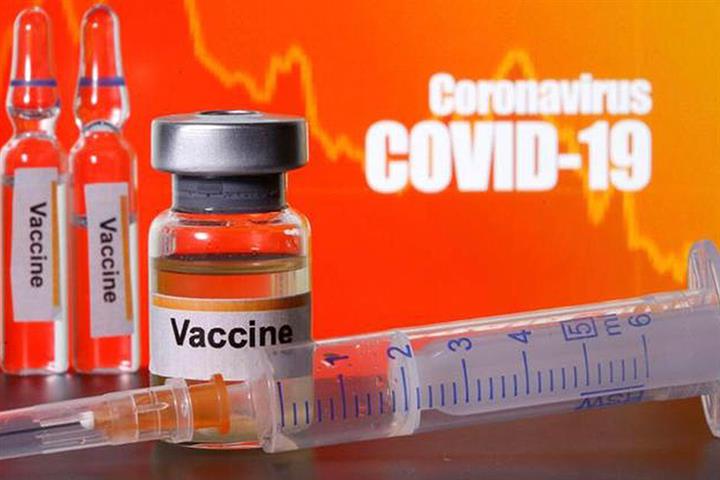 (Yicai Global) Aug. 1 -- CanSino Biologics’ inhalation-based Covid-19 vaccine has been shown to produce antibodies specific to the omicron BA.1 variant that remain in the body for more than half a year when administered as a heterologous booster shot, which is the use of a different type of vaccine following a regular course of another jab, according to the Chinese vaccine maker.

Neutralizing antibodies against omicron BA.1 were found in 90 percent of the nearly 280 adults who were given a booster dose of CanSino’s oral spray vaccine following two doses of Chinese pharma giant Sinovac Life Sciences’ jab after four weeks, according to the firm's latest clinical data. And the antibodies were still present in more than 70 percent of the subjects six months later.

While those who received Beijing-based Sinovac’s booster shot produced no neutralizing antibodies against omicron at all, the Tianjin-based company said.

Heterologous boosters tend to generate a higher peak of antibodies that last longer than homologous booster shots. However, this is the first time that a heterologous vaccine has been found to have induced immunity for as long as six months.

The Convidecia oral spray vaccine, which is needle-free and does not need to be stored in special bottles or at ultra-low temperatures, is based on the same formula as CanSino’s recombinant coronavirus jab, which uses the adenovirus type Ad5 as the vector, and is different from inactivated jabs which contain a killed form of the virus.

It is directly introduced into the respiratory tract, the area of the body targeted by the novel coronavirus, and can bring about triple protection in the form of mucosal, humoral and cellular immunity.

“If the immune system can defend at the ‘gate’ to the body, it is hard for the intruder to get in, and even harder to spread inside,” a viral immunology expert told Yicai Global.

The oral spray also only needs one-fifth of a regular dose to stimulate immunity, according to CanSino. People who received a 0.1 milliliter or 0.2 ml inhaled booster shot produced a much higher antibody response than those who got a 0.5 ml intramuscular vaccine booster.

However, no studies have been conducted so far on the efficacy of the inhalation-based vaccine against the omicron BA.4 and BA.5 variants, which are prevalent at the moment.