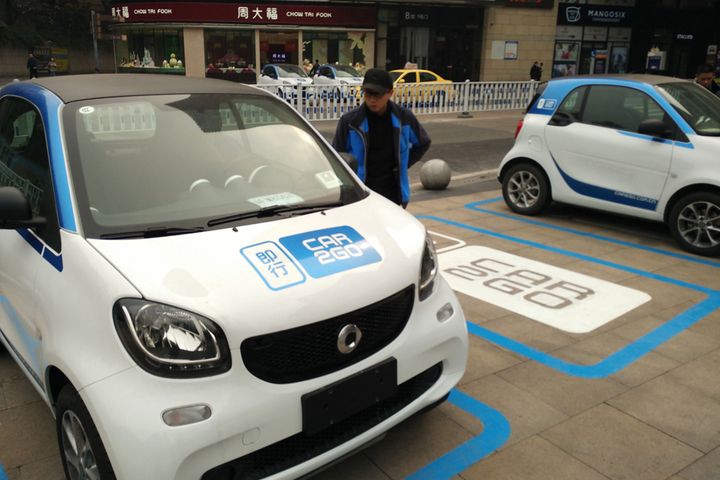 (Yicai Global) May 28 -- Daimler's car-sharing company Car2go announced recently that it will officially end its hourly car rentals in China on June 30.

It has started the automatic refund process in advance for members who meet the conditions for return of deposits to ensure these can be returned as soon as possible.

Car2go, which uses its ultra-compact Smart marque as its shared car, started running in China's southwestern megacity of Chongqing in April 2016. Before that, the company, which is the world's largest car-sharing brand with over 1 million registered members globally, had operated in Germany for eight years and expanded into 29 international cities, including Berlin, Toronto and Washington.

Car2share, another car-sharing brand of Stuttgart-based auto leviathan Daimler, also started trial operation in Shenzhen in January 2014. Car2go and Car2share merged in March 2017. The business area of the merged operator once covered 10 cities, including Beijing, Shanghai, Shenzhen, Chongqing, Chengdu, Hangzhou, Guangzhou, Xi'an and Nanjing. However, Chongqing became the only Chinese city where Car2go was still available after three years.

Users found that Car2go had no vehicles in operation in Chongqing in early April. Car2go China's website has been closed and it has not updated its official WeChat account for almost four months.

It won 130,000 registered members in less than six months after it launched services in Chongqing, with the 400 vehicles under operation making 220,000 trips, official data shows. About 800 vehicles operated in Chongqing and 255,000 people in the city registered for its service over Car2go's three years in China.

It allowed users to return shared cars to public parking spots across the city in cooperation with the Chongqing government and its commercial institutions, which was a huge advantage when other service providers were required to have their users pick them up and return them at specified locations.