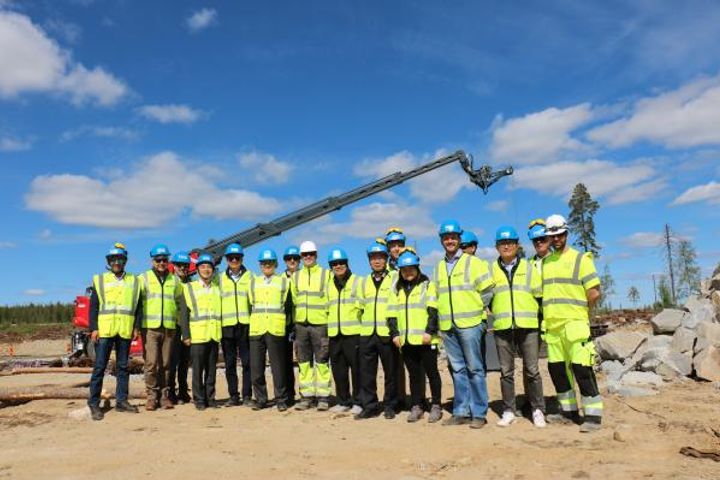 The report did not disclose the specific amount of the acquisition.

The project, in Pitea on the Gulf of Bothnia in the country's north, is expected to have 179 GE wind turbines with a unit capacity of 3.63 megawatts, and become operational upon its installation by the end of next year. With the total installed capacity of 650,000 kilowatts, it can feed power to 400,000 families and lower carbon dioxide emissions by 750,000 tons per year.

The successful acquisition of this Swedish project enables the company to tap the Nordic market. Expanding its renewable energy portfolio under operation or construction to nearly 1.6 million KW has far-reaching significance for further exploration of the European market, said Lu Wei, president of CGN Europe Energy.

CGN has incorporated the exploration of the European renewable energy market into its strategy. Since its inception in Paris, France in 2014, CGN Europe Energy has built about a 1 million KW wind and solar power portfolio through acquisition and independent development and construction in the UK, France, Belgium, Ireland and the Netherlands in succession, thus establishing a swift presence as the sixth-largest clean energy operator in France. Its Esperance onshore wind farm in Belgium boasts the largest installed capacity per unit. The company has won the bid for an offshore floating wind power pilot project off the French coast and has become the largest Chinese energy-focused investor in Ireland, Lu said.

Equipped with 21 nuclear power units under operation and eight under construction, CGN is the largest nuclear power company in China and the third-largest in the world.