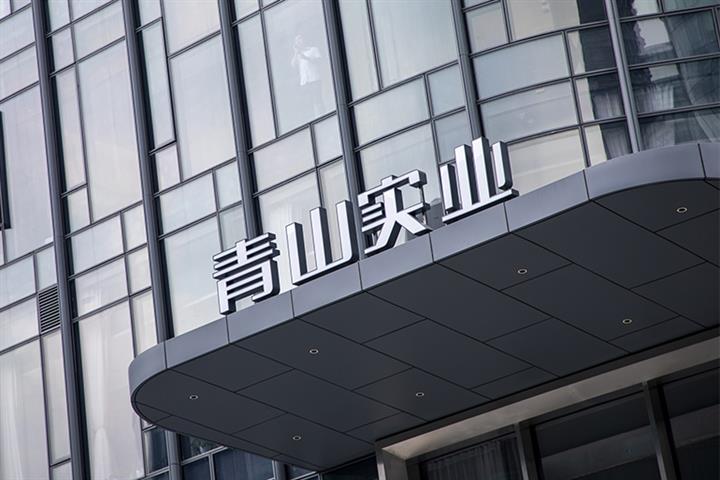 (Yicai Global) March 9 -- The chairman of Tsingshan Holding Group, the world’s second-largest nickel producer, said this week’s sky-rocketing prices of the metal have not impacted the Chinese firm’s operations or positions in the futures market.

“Our positions and operations don’t have any problems,” Xiang Guangda, who is also the Wenshou-based company’s founder, told Yicai Global yesterday. “Tsingshan is an excellent Chinese enterprise.”

Market speculation has it that Tsingshan has a short position of about 200,000 tons of nickel, which it cannot deliver due to a lack of spot product after being assailed and squeezed out by US and European commodity futures giants such as Glencore, China Securities Journal reported yesterday.

That could either result in a huge loss for Tsingshan or the sale of a more than 60 percent stake in the company’s Indonesian nickel mine and interest in its industrial park in the southeast Asian country, the report said.

Overseas market players have made “some moves,” Xiang said, driving up nickel prices in the last two days. Tsingshan is in touch with relevant parties and has the support of Chinese government departments and leaders, he added.

Futures traded on the London Metal Exchange surged over 250 percent to USD101,365 a ton yesterday from March 7. The LME halted trading of the metal yesterday and announced that it is unable to deliver on spot nickel contracts scheduled for March 9. Shanghai’s most-traded nickel futures contract soared to CNY228,810 (USD36,235) a ton the same day, and trading is suspended today.

Tsingshan needs to increase the contract margins or roll over the futures if it decides to keep the contracts, which would require a huge amount of cash, an analyst told Yicai Global. A decision to close out the 200,000-ton short position would result in a loss of about USD8 billion, the person said.

Inability to deliver the products was a big problem for Tsingshan, the analyst added, noting that the company has nickel iron, stainless steel, and nickel matte but no electrolytic nickel, which is the type traded on the LME. Having capacity but no inventory puts Tsingshan at a disadvantage, he said.

The product to deliver with LME nickel contracts is cathode nickel containing at least 99.8 percent nickel, in accordance with the American Society for Testing and Materials' specifications. This type is different from the mainstream ferro-nickel and nickel pig iron.

Tsingshan mostly makes stainless steel that is used in the petroleum, chemicals, auto, and other fields. It can produce 1.8 million tons of nickel alloy and its mine in Indonesia has an annual capacity of over 3.5 million tons.