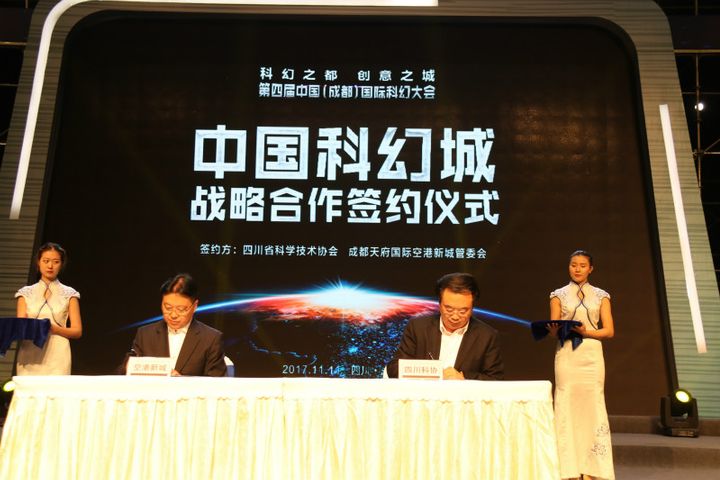 Chengdu has introduced a number of major cultural industry parks in a bid to establish the city as a creative hub in western China. Hailed as the country's first sci-fi industry cluster, the town will seek to create a business ecosystem to drive development of the national sci-fi market. It hopes to become a local landmark, nationwide capital of science fiction and a cultural hub for the import and export of sci-fi pieces.

The town will encompass five dimensions of the sci-fi industry chain: magazines, books, films and television, games and a theme park. It will focus on two closely connected businesses in science fiction -- popularization and education -- to attract sci-fi projects from China and the rest of the world, making it competitive in terms of branding, human resources, technology and product development. An official at the Sichuan Science and Technology Association believes the town will generate more than CNY2 billion (USD300 million) and 12 million visitors a year, and create 6,000 to 8,000 new jobs.

As a permanent venue for China Chengdu International Science Fiction Conference and a unique state-level cultural industry demonstration park, the project will play a significant role in the development of the cultural and creative industry in Chengdu.