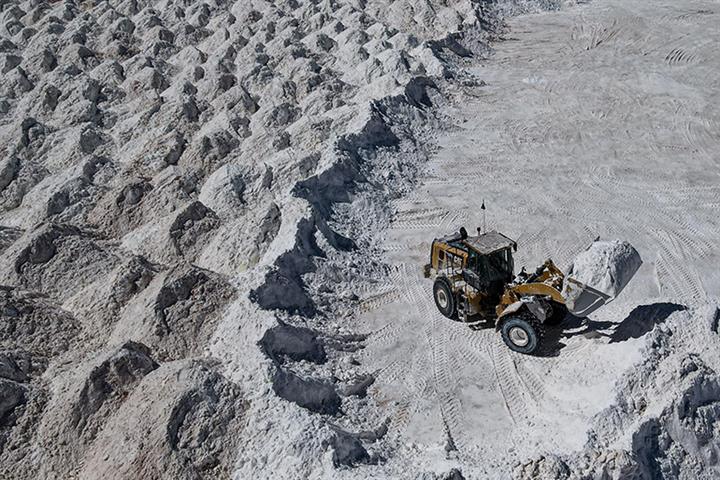 Chile to Rein In Lithium Mine Exploitation

(Yicai Global) Nov. 10 -- The Chilean government is preparing to standardize and rectify the exploitation of its lithium mines to promote the sustainable development of the South American country's lithium reserves, The Paper reported yesterday, citing the consul general of the Chilean Consulate General in China’s Chengdu.

Chile is seeing yearly increases in lithium mine extraction and lithium ore exports and the country is supplying about 38 percent of the world’s lithium resources at present, Gustavo Díaz said at an industrial conference yesterday.

"It should be stressed that as much as 65 percent of the world’s lithium market is consumed by China," he added.

Chile hopes to join arms with other South American countries with lithium resources to carry out in-depth cooperation with Chinese electric car battery manufacturers to ensure the long-term stability and safety of lithium resource supply and value chains, he added.

Chile has some of the biggest lithium reserves in the world. The Salar de Atacama salt flat in the north of the country is the world’s largest and purest source of lithium and extraction costs are low. One of China’s biggest lithium miners Tianqi Lithium has been working with the Sociedad Química y Minera de Chile since 2018 to develop the Salar de Atacama with an eye to securing lithium resources by 2030.

Chile has made attempts in recent years to nationalize its crucial mining industry to gain better control over its own mineral assets. But, under fierce opposition from the mining sector, the latest proposal was rejected by the constitutional assembly in May.

The price of lithium has been surging due to a shortage of supply amid the Covid-19 pandemic and technological upgrades, driving up the price of electric cars. How to reduce the cost of a lithium-ion battery to a similar level to that of an ordinary combustion engine is one of the challenges facing battery makers.