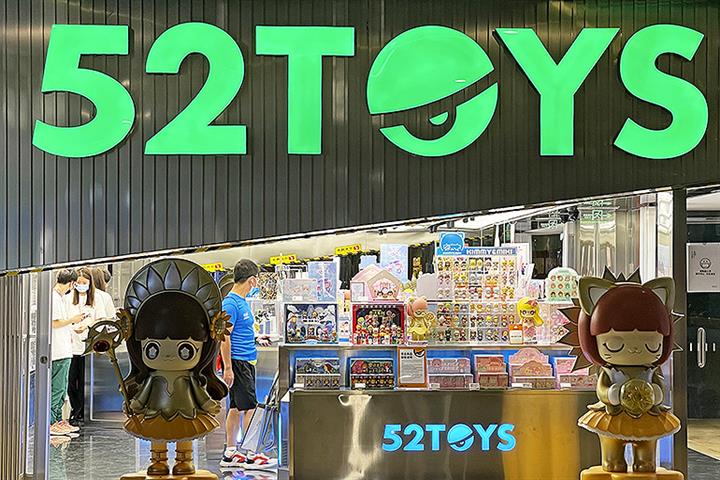 The maker of collectible toys will use the proceeds of the latest fundraiser to accelerate its product development and store positioning, financial advisor Taihecap said in a statement on WeChat today. Multiple institutional investors, including CICC Capital, also participated in the funding round.

The Beijing-based startup, which was established in 2015, has 10 stores in the capital city, Shanghai, Hangzhou, Chengdu, and Shenzhen. The company intends to open 100 outlets, as well as place more than 1,000 vending machines in Chinese cities in the next 12 months.

Some of the funds will be used to support talents and branding. 52Toys has nearly 400 staff members, and more than 80 of them are designers, said founder and Chief Executive Chen Wei.

The firm's collectible toys, which include blind boxes and assembly kits, are inspired by television series, movies, games, history, tourism, and even food, according to Chen.

China's toy sales are expected to expand to CNY76.3 billion (USD11.8 billion) by 2024 due to the changing preferences of a new generation of young consumers, according to consulting firm Frost & Sullivan. In 2019, the market's scale was CNY20.7 billion, more than tripled from 2015.