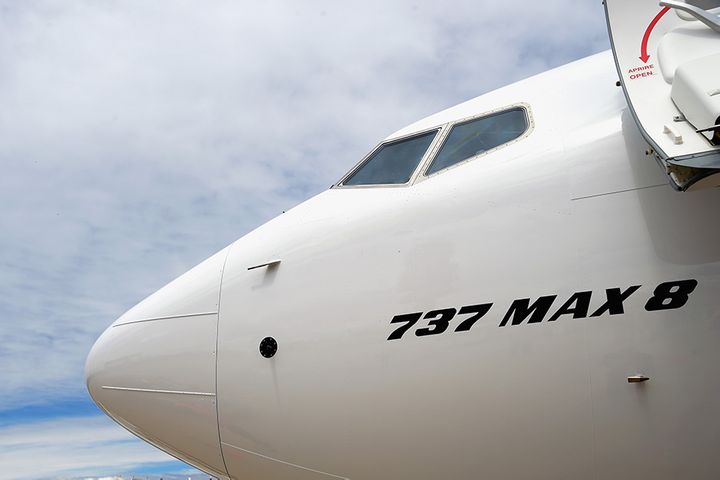 (Yicai Global) June 14 -- One of China's major aircraft leasing companies said it would hold off purchases of new aircraft from Boeing until the US plane maker has completed its probe of safety issues relating to the 737 Max and cleared the aircraft to fly again.

Unlike Chinese airlines such as Shanghai-based China Eastern Airlines that are seeking compensation from Boeing for delayed aircraft deliveries following the grounding of the best-selling 737 Max, CDB Aviation has chosen to sit out Boeing's aircraft safety issues.

Chang said he has met with Boeing President Dennis Muilenburg four times in the past three months and they have been in constant communication since.

Ireland-based CDB Aviation, a wholly owned subsidiary of China Development Bank Financial Leasing, has bought 103 Boeing 737 Max and is one of the US firm's major clients. It aimed to build a fleet of 427 planes by the end of last year and leases most of its assets to Chinese airlines.

Chang said CDB Aviation would have to make arrangements on aircraft deployments next year on account of delayed deliveries of new 737 Max planes. Grounding of the model has caused stress on each link of the aircraft supply chain, he added.

China was the first country to ground the plane after two fatal crashes in Ethiopia and Indonesia claimed over 300 lives between last October and this March.

CDB Aviation also needs to adjust its financial and revenue planning for this year, and make extra arrangements and changes in fundraising, involving billions of US dollars, following the aircraft's grounding, Chang said.