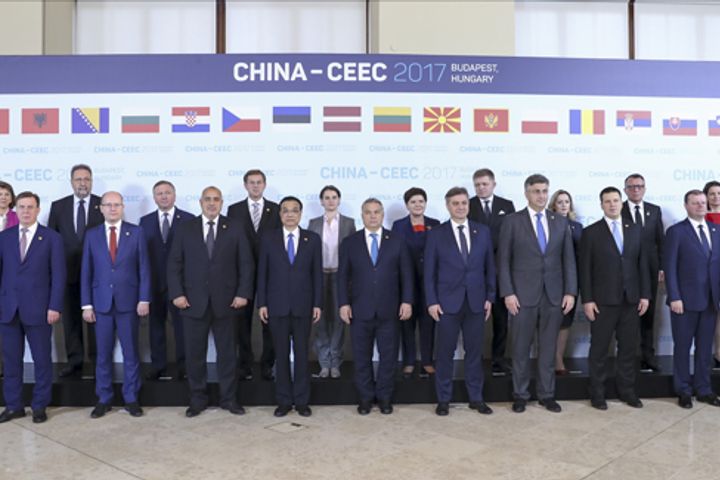 Leaders from 16 CEE countries attended the meeting, with observers including representatives from the European Union, Austria, Switzerland, Greece, Belarus and the European Bank for Reconstruction and Development. As well as setting up the China-Central and Eastern Europe Interbank Consortium, the event saw the establishment of the China-CEE Investment Cooperation Fund Phase II to raise USD1 billion, Li said.

Over the past five years, Chinese firms' accumulative investments in the 16 CEE countries have increased from USD3 billion to USD9 billion. China Railway Express Co. trains made an accumulative 6,000 journeys between China and Central and Eastern Europe during the period and build six new direct routes. The number of trips made by tourists totaled 930,000 over the five-year period.

China and CEE will continue to increase the scale of their bilateral economic trading, ramp up the number of China Railway Express journeys and routes to Europe and focus on productivity, energy, logistics and agriculture, according to China's proposals at the meeting.

Both regions will look to transport two million tourists between Europe and China by 2020, and China will provide a quota of at least 5,000 scholarships to students from CEE countries within the next five years.