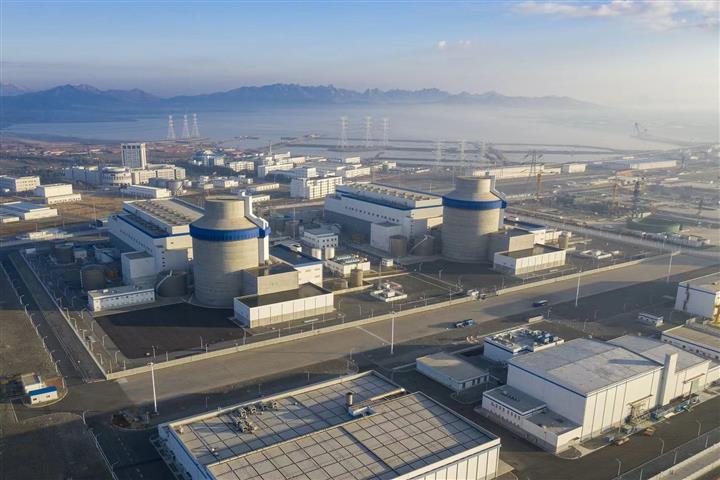 (Yicai Global) Sept. 15 -- China has given the go-ahead for two new nuclear power projects in the south of the country costing about CNY80 billion (USD11.5 billion) to add energy capacity and promote green development.

An executive meeting of the State Council, China’s cabinet, approved the second phase of the Zhangzhou project in Fujian province and the first phase of the Lianjiang project in Guangdong province, according to a notice posted on the government’s website yesterday.

“Since the start of the year, the Chinese government has approved investment and construction of eight nuclear power units, a record high number in more than a decade,” an industry insider told Yicai Global.

Hualong One technology has already been applied and is operating successfully in four commercial nuclear reactors worldwide. The two reactors of the first phase of the Zhangzhou project also use this technology, and are expected to be ready in 2024 and 2025, respectively.

Nuclear power is clean, low-carbon, and provides high energy density, so China's coastal provinces are keen to build atomic power plants, industry sources told Yicai Global. The projects can also boost local economies and unlike other types of green energy projects, such as wind farms and solar power stations, nuclear power is not reliant on the weather.

From this year through 2025, China will continue to approve the construction of six to eight nuclear power units a year and increase the operating capacity of atomic power to about 70 gigawatts, according to Wang Shoujun, chairman of the Chinese Nuclear Society.

By next year, nuclear power will account for 10 percent of China’s electricity generation, double that of 2021, he said.

Coastal provinces such as Guangdong, Guangxi, Fujian, Hainan, Jiangsu, Shandong, and Liaoning, have included nuclear power plant construction in their economic development plans as one of the key tasks promoted by the provincial authorities this year, Yicai Global learned.