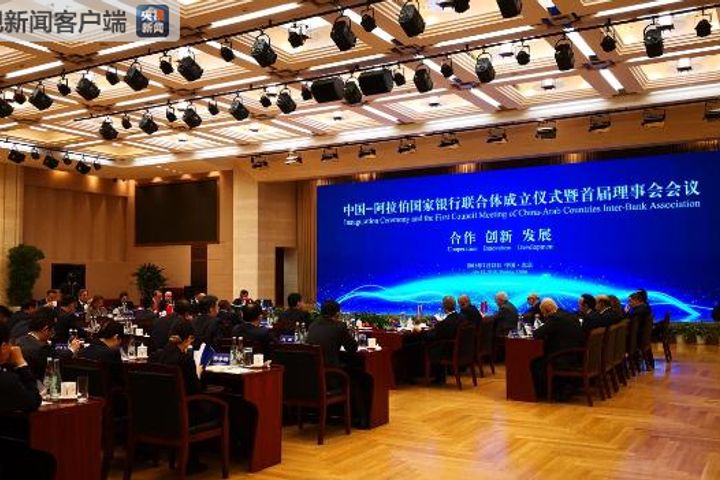 (Yicai Global) July 13 -- China's President Xi was on hand to oversee a meeting between representatives from leading banks in the Arab world and their Chinese counterparts in Beijing yesterday to mark the establishment of an inter-bank body.

The meeting was organized by China Development Bank, and founding members include the National Bank of Egypt, Fransabank of Lebanon, BMCE Bank of Morocco, and First Abu Dhabi Bank of United Arab Emirates, among others.

China will use the association to facilitate the provision of USD3 billion in special loans for financial cooperation. CDB also plans to offer some USD10 billion in loans for reconstruction and industry.

The formation of the association will boost synergies between the Belt and Road Initiative and development visions of Arab States under the framework of the China-Arab Cooperation Forum, said Hu Huaibang, board chairman of CDB, adding the move will help both sides set up long-term financial cooperative ties with stability and mutually beneficial results.

CDB Bank has provided USD8.5 billion in loans to Arab States such as Egypt, Oman, UAE, Kuwait, and Saudi Arabia in the past for a raft of projects covering electricity, telecoms, and finance.