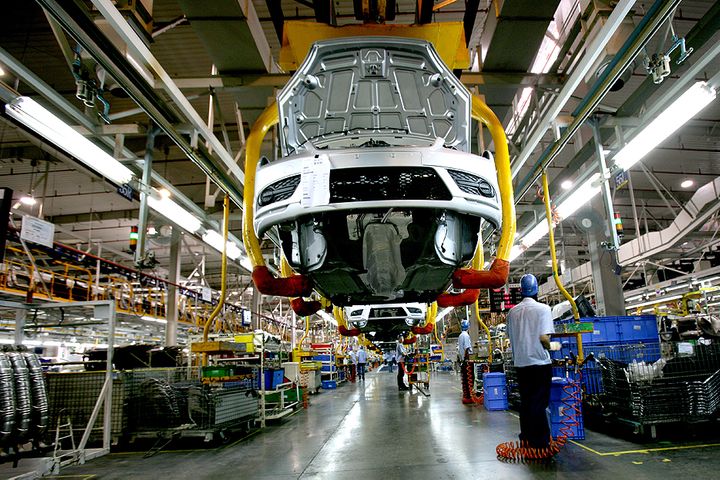 China's Auto Exports Are Growing Faster Than Those of Germany, US, Ministry Says

(Yicai Global) Dec. 30 -- China's share of the world's auto exports is expanding at a faster rate than those for Germany, the United States, South Korea and Japan, The Paper reported today, citing a document from the Ministry of Commerce.

The percentage of exports from China to global markets was 3.9 percent last year, up from 3.4 percent in 2013. This represents a higher annual growth rate than for Germany, the US, South Korea and Japan, according to the report.

But China's auto industry, which includes both vehicles and components, still lags behind Japan, Germany and the US in average company size, independent development capability, production conformity and product quality, the report added.

The value of its auto product exports rose to USD60.6 billion last year from USD46 billion in 2013. The average price of vehicles was USD15,000, up 10.6 percent from 2013. Sales to Europe, the US and Japan all increased. Some 67 percent of cars exported last year went to countries along the route of the Belt and Road Initiative.

Chinese firms are speeding up internationalization, the report added. Key companies are investing more in overseas markets and taking measures to blend into the global auto industry's supply and value chains.

Joint venture carmakers in China are expanding production to meet domestic demand and sell products to Europe and the US. Foreign companies are expected to increase their export volume to China as the country further opens up its market.

New energy vehicles have become a growth point. China's NEV exports are likely to grow quickly in the next few years and become a driving force in the auto export market, the report said.