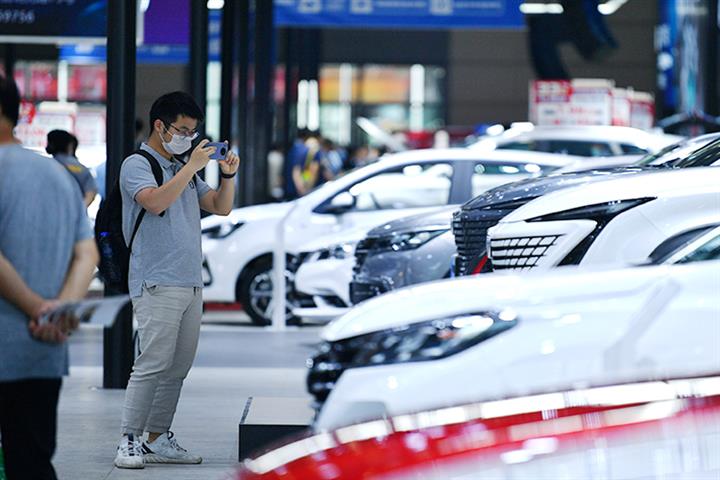 (Yicai Global) July 9 -- China’s automobile market continued to recover last month as the Covid-19 pandemic came under control and the economy revived, while the market share of luxury cars hit a new high of 14.9 percent.

About 1.7 million passenger cars sold in China in June, continuing steady growth over four straight months, but still a 6.2 percent annual slump, mainly because many auto prices were discounted last year due to the shift from the fifth-phase national emission standards to the sixth,thus inducing a higher baseline for comparison. Retail sales of passenger cars nationwide totaled 7.7 million in the first half in a yearly drop of 23 percent stemming from the fallout of Covid-19 and China’s Lunar New Year holiday that proceeded its full onslaught, according to statistics the China Passenger Car Association released yesterday.

Luxury car sales grew a yearly 27 percent in a 9 percent rise over May, with a record 14.9 percent market share, spurred by demand for high-end vehicles as a consequence of rising consumption and promotions and discounts. Retail sales of Chinese car marques slumped by 16 percent yearly last month for a 32 percent market share, equal to May’s figure, and the lowest readings in recent years.

The wholesale volume of new energy passenger vehicles was 85,600 last month in a 34.9 percent annual drop, but one that climbed 20.1 percent from May.The market share of US electric carmaker Tesla was 23 percent in the pure-electric car sector.

Monthly sales of FAW Volkswagen were 179,000 in June, up 1.9 percent from last year, while those of SAIC Volkswagen and SAIC General Motors tallied 145,000 and 127,000, respectively, down by 6.8 and 5.2 percent. SAIC-GM-Wuling Automobile saw the biggest yearly decline in sales among the top 10 carmakers at 30 percent, with 78,000 vehicles moved.

Marketing activities in various Chinese regions will gradually intensify as Covid-19 lets go, and the debut of new vehicles and their promotions will boost the country’s auto market to growth in the second half, said Cui Dongshu, CPCA’s secretary-general, when addressing the subject of next month’s sales.