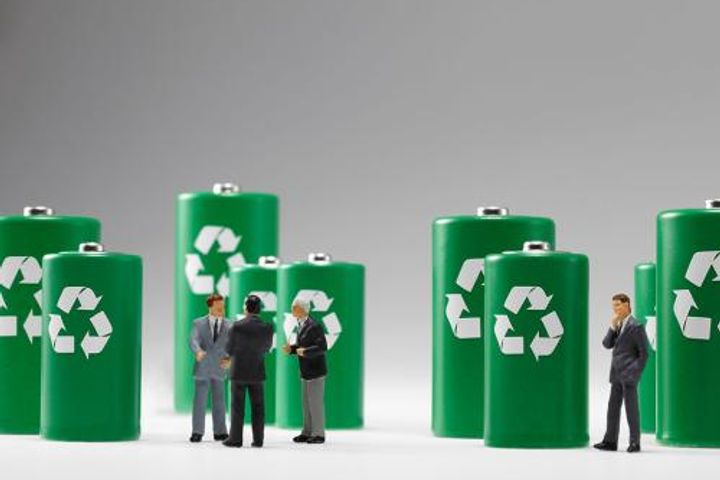 China's Battery Recycling Market May Be Worth Over CNY10 Billion

China's scrap power battery recycling market will grow exponentially from this year, and its size will increase from CNY5 billion this year to CNY14 billion to CNY31 billion by 2020 to 2023, Yicai Global has learned.

Power batteries are recycled partly out of safety concerns. The receptacles use high-voltage direct current. Passenger car batteries can top 300 volts, while bus batteries can exceed 600 volts. Failure to timely replace worn-out batteries may lead to accidents. On the flip side hand, people can extract valuable resources from used power batteries.

Power batteries can recycle in two ways. One is echelon use, and the other is to break them apart and remake them into raw materials for lithium batteries. "Lithium batteries can break apart naturally. We now take out the useful parts and sell the remainder to upstream partners for further processing. In the second stage, we agree with maintenance firms and let them do the recycling work," said Li Yao, chairman of power battery maker OptimumNano Energy Co., adding that his company now mainly recycles batteries via echelon use, which can help reduce battery costs.

"For now, battery recycling is unprofitable. Selling raw recycled materials can only compensate one-third to half of recovery costs. The government must provide policy support for recycling companies or subsidize them since they also need to make money. Otherwise, they will shut down soon. Local governments in places where recycling industries are developing should also offer preferential treatment such as land," Sun Fengchun, a member of the Chinese Academy of Engineering, told Yicai Global, adding that the Ministry of Industry and Information Technology is accelerating efforts to unveil relevant policies and may focus on studying battery recycling this year.