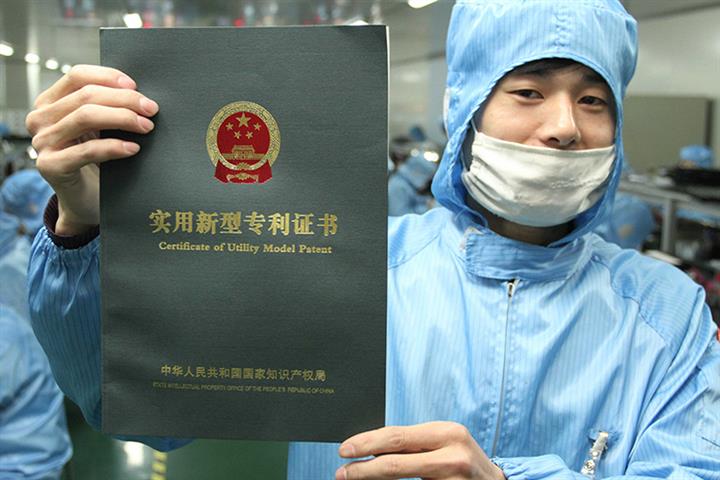 (Yicai Global) Nov. 23 -- China has surpassed the United States as the world's largest patent owner with the rapid expansion of the digital economy.

The world's second-largest economy had 3.6 million valid patents in 2021 as China increased its investments in research and development and high-tech, according to the latest report issued by the World Intellectual Property Organization.

Since 2018, China has accelerated forming laws and regulations to protect intellectual property while increasing compensations for firms harmed by IP violations to facilitate innovation.

China's need to protect its IP stems from the rapid growth of its digital economy which contributes almost 40 percent of the country’s gross domestic product. Globally, one out of three inventions is related to the digital economy, according to the WIPO. Over the past five years, the growth rate of innovation patents involving artificial intelligence, Big Data, cloud computing, and the Internet of Things equaled almost three times that of other types.

Inventors around the world submitted 3.4 million patent applications last year, rising by nearly 4 percent, per the report. The China National Intellectual Property Administration received almost 1.6 million such applications, more than any other national institution for such certification.

Patent institutes in Asia made up more than two-thirds of the world’s total of applications last year, up from 54.6 percent in 2011. The global organization acknowledged five companies with its WIPO Global Awards 2022 for using IP to make a positive societal impact. Two out of the five are Chinese firms.

By 2025, China’s annual IP licensing trade should tally CNY350 billion (USD48.9 billion), the State Council of China predicted last year. The number of high-value inventions and patents per every 10,000 people will reach 12, the cabinet added.

Huawei Technologies was the world's most active patent applicant last year for the fifth straight year as the world’s biggest supplier of telecoms equipment applied for almost 7,000 Patent Cooperation Treaties during the 12 months, a record high.

However, compared with European and North American nations, the quality of China’s IP is still inadequate, Yang Yong, a researcher at East China University of Political Science and Law, told Yicai Global. Developing the quality of IP will be the future focus and building China into an IP center calls for quantitative advantages but also zooming in on key sectors, Yang added.