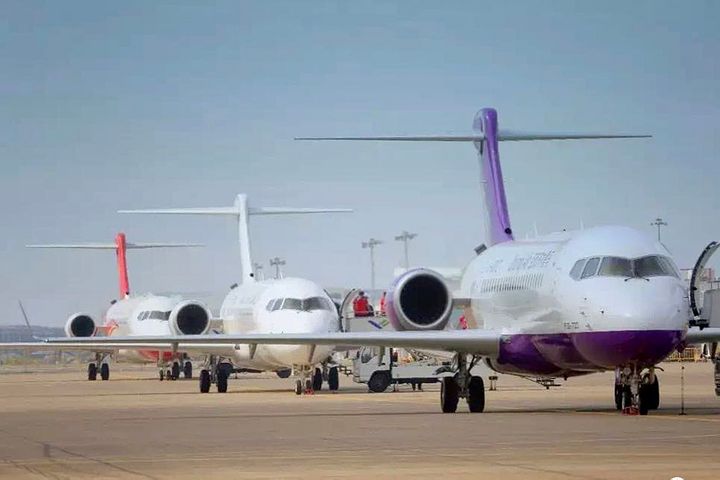 (Yicai Global) March 20 -- Beijing has begun rerouting some of its inbound international passenger flights via other Chinese cities to ease the burden on coronavirus checks as Covid-19 continues to spread across the globe.

The CA910 from Moscow and CA934 from Paris will now fly into Tianjin, the Civil Aviation Administration of China said yesterday, adding that the CA926 from Tokyo will land in Hohhot, Inner Mongolia Autonomous Region, and the HU7976 from Toronto will fly into Taiyuan in Shanxi province. Passengers on the flights will need to undergo a health inspection before the usual formalities and then have their luggage checked at the new entry point, the CAAC said. Those who pass the health check can then re-board to fly to Beijing.

It is possible more flights will join the list, which makes up just a small proportion of inbound flights. Beijing was due to receive 23 flights from overseas on March 18.

There have been an average 120,000 people a day landing in China via land, sea and airports since March 11, down more than 80 percent from the same period last year, the head of the National Immigration Administration's Border Inspection Administration department Liu Haitao said on March 16. Non-Chinese residents make up about 10 percent of the 20,000 people a day arriving by air.

Shanghai, Guangzhou and other Chinese cities have also begun receiving fewer flights, with China Eastern Airlines in Shanghai cutting many of its North American and European routes. On March 13, Guangzhou said it would resume flights to Australia, New Zealand, North America, Europe and Southeast Asia, but ticket sales for most of these trips have not re-opened yet.