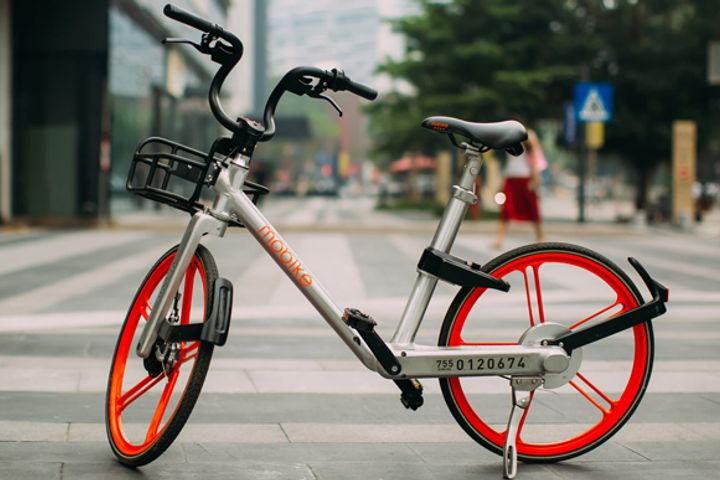 (Yicai Global) Dec. 6 -- The United Nations Environment Program granted the 2017 Champions of the Earth award in the 'Entrepreneurial Vision' category to China's bike-sharing giant Mobike in recognition of the firm's contribution to promoting green mobility, air pollution mitigation and climate change. This is the first time that a Chinese enterprise wins the award since its inception in 2004.

The UN's highest environmental honor "Champions of the Earth" award ceremony was held in Nairobi, Kenya. The award was presented to Mobike founder and president Hu Weiwei during the 'Third Annual UN Environment Assembly.' Mobike received the award in recognition of its achievements in applying its innovative business model to improve urban eco-mobility while reducing carbon emissions.

Established in 2004, Champions of the Earth award aims to recognize organizations and individuals that have made special contributions to and achievements in environmental protection and improvement. Since its inception, 84 winners worldwide have won this award.

Mobike has also rolled out the first batch of 100 bicycles at the headquarters of the UN office in Nairobi to provide intelligent, low-carbon travel services for delegates from 193 countries. The 100 bikes will serve all UN staff in Nairobi and visiting guests from all over the world.